Stem cells have been the reason for so many successful clinical trials for decades. It has not only been proven effective for more than 80 diseases and disorders, but it has also been responsible for various miraculous stories. Lucy Hinchion has such an inspiring story. She is the youngest child in medical history, who has received her own umbilical cord blood to stop or delay the occurrence of Type 1 diabetes. And she was just 20 months old, when the procedure was conducted on her.

How Does Type 1 Diabetes Occur in Children?

The occurrence of Type 1 diabetes begins with autoantibodies. These are proteins that are made by the immune system of our body. If the protein is present in anyone blood, it suggests that the beta cells in the pancreas that help produce insulin, are affected. The entire process might lead to an autoimmune attack. Some of these autoantibodies can be traced during the blood months while some are found years before the diabetes occurs.

The procedure is entire safe both for the mother and the child. Once the cord blood is collected, it needs to go through a clinical process to isolate the stem cells from the immune cells. These stem cells are unique in nature. They have the potential to repair and replace damaged tissues and organs. And once stored, these stem cells can be utilized in any transplant of any family member.

Lucy’s mother, Sonya Hinchion also hoped that once they store Lucy’s umbilical cord blood, they would be able to safe Lucy’s elder sister, Ava’s life, who was suffering from Type 1 diabetes since four years of age. However, little did she know that Lucy would require those stem cells more than anyone else. After testing, Sonya found out that Lucy was positive for two antibodies and that posed her at high risk of developing the condition more than anyone. Sonya recalled, “After testing positive for two antibodies herself, Lucy became at high risk of developing the condition.”

Regarding the transplant, Sonya confirmed that it was a pretty simple and straightforward procedure. She said, “You’re putting all your eggs in one basket but without doing this trial and without putting yourself out there, we’re never going to learn. The other risk is, she develops diabetes and you’ll kick yourself for not trying.” Professor Maria Craig, the head of the CORD study, follows Lucy every 3 to 6 months and would keep up the follow up session for the next 3 years.

Over 100 Australian children, who have a history of Type 1 diabetes in their family, are being screened by the Cord Reinfusion in Diabetes (CORD) study currently. According to a report, “More than 100 Australian children with a family history of Type 1 diabetes are currently being screened in the Cord Reinfusion in Diabetes (CORD) study, conducted through the hospital’s Kids Research Institute and funded by cord blood bank Cell Care Australia.” 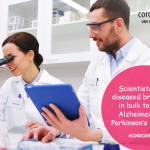 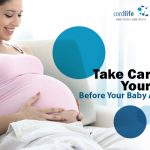 Take Care of Yourself Before Your Baby Arrives 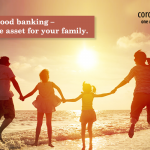 Cord Blood Banking – A Future Asset for Your Family

Every parent delivering their baby’s umbilical cord blood stem cells in an up-market hospital in India today is told by their doctor to go ahead and store them. They made many promises about how valuable these stem cells are; how these stem cells can be used to replenish any kind of cell in the body […]