What causes heart diseases? We know that sometimes bad genes are responsible for it while sometimes unhealthy lifestyle is to be blamed for various heart conditions. But there is another factor that may take a toll on your heart as well. According to a latest research published in the New England Journal of Medicine, heart disease may also develop through a gradual accumulation of mutations in blood stem cells, just the way cancer forms in our body.

The study was, however, meant to detect how blood cancer could be traced early. Earlier studies proved that normal cells turn into cancerous cells in a slow process. It’s not an overnight affair. In case of blood cancer, scientists have found that blood cells go through a mutation that turns the normal cells into a pre-cancerous state. The moment the stem cells multiply, it creates a thread of clones of the blood stem cells, which causes the mutation and eventually leads to cancer.

The researchers at the Brigham and Women’s Hospital, the Broad Institute of Harvard and MIT tested the DNA sequences, derived from blood cells of more than 17,000 healthy people. The team confirmed that they had found 160 genes that could be mutated in cancerous cells. The study further showed that the mutation is more common in people above 40. Also the frequency is higher in people above 40.

Dr. Sekar Kathiresan from the Broad Institute, one of the team leads, said, “We were fully expecting not to find anything here. But the odds of having an early heart attack are four-fold higher among younger people with CHIP mutations.” He also felt that the results of the study have shown enough promise in therapies, as he said, “This is a totally different type of risk factor than hypertension or hypercholestserolemia [high blood cholesterol] or smoking. And since it’s a totally different risk factor that works through a different mechanism, it may lead to new treatment opportunities very different from the ones we have for heart disease at present.” Pregnancy During Coronavirus Outbreak: Should a Pregnant Woman Use a Mask?

With the outbreak of the highly contagious novel Coronavirus it is very important to follow some instructions to prevent its spread. In addition to regular washing and sanitizing of our hands, wearing masks can provide an added protection. A Mask is a precautionary measure and reduces the chances of your exposure to the virus as […] Can You Wear Makeup During Pregnancy? A Guide For Moms-to-be

We know how much you loved your face powders, eyeliners, shadows, and blushers before your pregnancy. You didn’t want to go out anywhere without them. If by chance, you went out anywhere without wearing even a kajal, your friends and relatives questioned you. However, from the time that you’re carrying your baby in your womb, […] 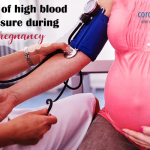