The Pregnancy Line is the dark line that develops across your belly during pregnancy, which is more officially called Linea Nigra. It is possible that the line may have been there before, but it went unnoticed because it was so light in color. Light or pale line is called Linea Alba (white line) before lining before pregnancy. It runs to the pubic bone from your navel. It darkens with the name Linea Nigra (black line) during pregnancy.

Typically, the Linea Nigra runs from your pubic bone to the top of your umbilicus (belly button), but it can extend to your sternum all the way. Usually, it is about 1/4 “to 1/2” wide. You may see that as it goes up it becomes lighter. It may also be darker or lighter than you see on other women who are pregnant. It seems that these variations are normal and not an issue.

The line frequently appears around the fifth month of pregnancy. It appears suddenly during the time of pregnancy. One mother noted that one day when she got out of the shower, it seemed to appear and she didn’t know what to do with it. The line of pregnancy is often darkened by your pregnancy.

Probably this line is caused by hormones that change during pregnancy in your body, although the exact cause is unknown. The placenta may release a melanocyte-stimulating hormone, the cells that make melanin to pigment your skin or give you a sun tan. You may notice that during pregnancy your nipples are darkening, which may be due to this factor.

There is nothing to get worked up about as the line will progressively disappear on its own. However, there are a few quick tips to make the line less prominent in the interim:

Some women are disturbed by the appearance of the line of pregnancy. There’s nothing you can or should do to make it go away, however, short of giving birth. Doctors warn against the use of drugs or lotions. It’s harmful to bleach the skin and won’t remove the line. Please talk to your doctor or midwife if you are really concerned. No irritation of your skin is best.

You can do nothing to prevent the line of pregnancy. It’s a natural pregnancy part. The good news is that the dark line on belly usually decreases shortly after your baby’s birth and fades away. In most of the women, the pregnancy line fades away in the first month after delivery. The reason behind is that the hormonal level return to the pre-pregnancy state but the time of fading varies from one woman to another. 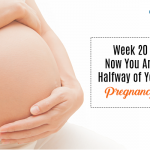 Week 20 Now You Are Halfway of Your Pregnancy

Congratulations at the 20th week you are halfway through your pregnancy. At this time, you might have gained approximately 8 to 10 pounds of weight as stated by the American Association of Pregnancy. Your doctor or midwife must give you the same advice to maintain the weight by adjusting your eating habits and doing exercises. […] 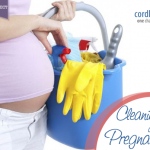 In this season where the whole nation’s focus is shifted towards cleanliness, every individual is trying to do their part. If you are expecting and are in those days where your mood swings faster than the pendulum and you feel the strain when you haven’t even lifted an empty tea cup, cleaning the home can […] 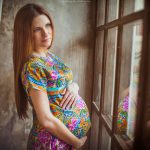