Pregnancy period is the most difficult time as it is exciting as well as confusing. There are friend, family and relatives who will introduce you to various type of myths of pregnancy. All of these myths can make you confuse what to believe and what not to believe. Most of the myths cannot be matched up with the real facts. Here are some myths as well as facts about pregnancy.

Myth: A glass of wine occasionally will not harm

Some think that drinking a glass of wine occasionally during pregnancy won’t cause any harm to the baby. However, the fact is alcohol should be avoided at any cost during pregnancy. This is because there has been no study of the amount of alcohol considered safe when you are pregnant. A mother who used alcohol during pregnancy may be at risk for her baby’s FASD (Foetal Alcohol Spectrum Disorder). Congenital disabilities, brain and cell damage are also more likely to occur in babies of mothers who had consumed alcohol.

Myth: A pregnant mother must eat for two

There is a notion in society that a pregnant woman must eat for two people. Although the fact says that a pregnant lady only needs to add to some additional calories for supporting the baby and not have meals for two people. The exact calories needed is depending upon the women’s weight, height, activity level, as well as the pregnancy trimester. Women need to consume approximately 300 extra calories during pregnancy on average.

Myth: During pregnancy, a woman must not bath often.

It is being told that a pregnant woman is asked not to bath regularly but this myth is not having any base. Bathing regularly will help you to keep clean from germs which can harm the baby. Do not take very hot showers, as it may raise your body temperature and cause baby developmental issues. Avoid bathing in the water that is hot enough for example above 102.2 degrees Fahrenheit that may cause a rise in your body temperature. 98.6 degrees Fahrenheit water temperature is considered safe for pregnant women.

Eating of pineapple and papaya may cause miscarriage, so a pregnant woman must avoid eating these fruits. This is true because papaya which is not ripen contains a latex substance called chymopapain which is linked to uterine contractions, and pineapple has an enzyme called bromelain which, when consumed in large quantities, can lead to uterine contractions. However, the negative effects appear only if you consume a large amount.

Myth: Sex during pregnancy is a big no-no.

It is commonly believed that during pregnancy sex can lead to miscarriage or might induces labour. Having sex do not induces labour but it is completely safe when intercourse during pregnancy is done in the suggested position. It won’t put any kind of pressure on the tummy. However, if you have any type of complications such as placenta praevia, dilated cervix or abnormal discharge then your doctor may advise you against it.

It is very usual that you will be messed up with various types of pregnancy myths and you may be thinking that what will be best for you during your pregnancy. Here is a suggestion that, do not listen to any kind of myths and always follow the advice of your doctor.

Want To Enjoy Christmas During Pregnancy? Here’s How You Can Do It! 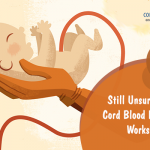 Cord blood is the richest source of stem cells and is derived from the blood of a new born baby’s umbilical cord. Stem cells are used in various clinical processes these days. Once collected and preserved, the cord blood stem cells have the healing power to treat many diseases by growing new tissues, blood vessels […] 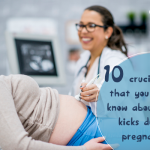 Baby kicks are important parts of fetal development because it helps to make baby’s growing joints and bones stronger. The fetal activity rises to its peak at night, and their movements can be detected effortlessly when the mother is in a quiet state like lying down or sitting. It important  to keep track of fetal movements as […]