The first sign of pregnancy is when you miss your periods. Having said that, it is indeed a fact that, during your pregnancy, you can’t be down with your periods. However, there are some of you who often ask this question – pregnant during periods is that possible?

Understand Your Ovulation Period or Menstrual Cycle For Your Pregnancy

Pregnancy depends upon your ovulation cycle. Going deeper, the average menstrual cycle is 28 days. The time of the menstruation or ovulation cycle is between the first day of your period and the next. In fact, after your period is over, ovulation takes place between 12 to 14 days. The fertile window lasts about seven days, including the five days before and after ovulation.

In this case, eggs leave the ovary during ovulation and travel down to the fallopian tube, where sperms wait to fertilise them. However, it is possible for the eggs to survive for 24 hours after ovulation with the aim to meet sperm and fertilise the eggs, thus giving you a chance to become pregnant after your periods. The egg eventually travels to the uterus making your pregnant. That means if you’re trying for a baby, the best time to have sex is just before or during ovulation. Now going back to the answer to your main question.

Can You Get Pregnant During Periods?

2018 research has revealed, that you might get a chance of getting pregnant between the 8th and 13th day of your menstrual cycle, but the chances are less. However, putting it in this way, is not that simple. There are 3 main factors involved:

The Length of Your Menstrual Cycle

Menstrual cycles lasting 21-35 days are still considered “normal”. A shorter menstrual cycle may lead to ovulation closer to the start of your periods.

The Time of Ovulation

Menstrual cycle length and the timing of ovulation can make prediction of your fertility days to get pregnant difficult. In fact, some studies have revealed that, having sexual contact on the day before ovulation is as likely to result in a pregnancy as having it randomly throughout the menstrual cycle.

On top of that, sperms can live for 3 to 5 days inside your body. That means, if you have sexual activity 5 days before your ovulation, there is a chance of the sperm living there when you ovulate and getting ready to fertilise the eggs. Therefore, you have a slight chance of becoming pregnant during or at the beginning of your period.

Can You Get Pregnant Before or After Your Period?

As already mentioned earlier, your fertility window usually takes place in the middle of your ovulation cycle. In fact, the fertility window lasts a few days before ovulation and ends a day after. If you have a menstrual cycle that is shorter than maybe 28 days, your chances of getting pregnant before your periods are high.

If you perform a sexual activity, with a short ovulation cycle and ovulate early for the egg to connect with the sperms, you’re likely to be fertile on days right after your periods.

Can You Get Periods During Pregnancy?

Just when you’re expecting to be down with your periods, roughly around the same time, there is a possibility that the fertilised egg gets implanted in the uterus. In fact, you can expect light period-like bleeding or spotting during pregnancy and white vaginal discharge, as a result of the thickening of the vaginal walls. Many of you might mistake this for regular periods, but this is actually the periods of the first month of your pregnancy. The reasons can be manifold –

The presence of bleeding isn’t always indicative of a medical emergency. Well, if you’re bleeding at any point of time during your pregnancy, seek medical advice.

We are sure this must have been an interesting read for you. To find out some interesting information on pregnancy, postpartum, baby care, and cord blood banking follow our blog page. 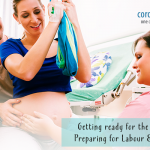 Getting Ready for the Big Day: Preparing for Labour & Delivery

There are always some jitters when it comes to the Big Day of delivery. With every passing day the mother becomes more and more conscious and the nerves start to act outlandishly at times. The idea is to remain calm and know what to do under pressure. Check out this exclusive list of activities that […] 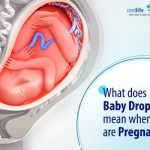 What Does Baby Dropping Mean When You Are Pregnant?

Your family or friends would have mentioned that your baby bump looks lower than usual. They are, in fact, referring to a known as Lightening or Baby Dropping. It is a major precursor to the baby’s arrival. What it actually means is that your baby’s head descends lower into the pelvis into a position more […] 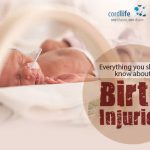 Everything You Should Know About Birth Injuries

Injuries or trauma that occurs before, during or immediately after the birthing process is known as birth injuries. Birth injuries are unfortunate and often occur due to medical negligence. While some injuries are mild, others can be severe and life threatening. Some injuries even leave the child disabled for a lifetime. Types of Birth Injuries […]