You may be in your first trimester or second trimester, even slight bleeding, it’s natural for you to be scared and worried about the baby. Consult your doctor immediately, to determine whether bleeding during pregnancy is normal?

Also explore the reasons for bleeding during your pregnancy from the first trimester to the 3rd trimester.

Is Bleeding Normal During Early Pregnancy?

27% of pregnancies have been reported at least one episode of bleeding during the first trimester.

So, what are the reasons for bleeding during the first trimester of your pregnancy:

1 or 2 weeks after the fertilisation when the egg attaches to the uterine wall, the process results in slight bleeding during your first trimester. This is often mistaken as period-like bleeding during early pregnancy, which is harmless. You’d often experience this kind of bleeding when your period is due.

If you’d experience light bleeding from 4 to 8 weeks of your pregnancy, that is when you have hormonal bleeding.

Once in a while, an empty egg gets fertilised and gets the father’s genes, leading to this rare condition known as a molar pregnancy. Up to 13 weeks, you might get bright red to dark brown bleeding in your first trimester. Complications may arise if you’re older than 35 years old and younger than 20 years old.

This is one of the common causes of vaginal bleeding from 10 to 20 weeks of your pregnancy. 11% of you might fall under this condition, in which bleeding happens under the chorion membranes (The outer foetal membrane, next to the uterus) that protects the embryo in the uterus.

Miscarriage during the first trimester of your pregnancy, can be one of the biggest reasons for bleeding. In this condition, you might experience light to heavy bleeding accompanied by cramps in your lower abdomen.

What Are The Causes of Bleeding During the 2nd and 3rd Trimesters?

Although the risk of miscarriage has diminished by the time you’ve stepped into the second half of pregnancy, you must take bleeding during the 2nd half of your pregnancy more seriously. All you need to do is understand the reasons for it:

This condition occurs when the placenta that aids in foetal development attaches to the lower part of the uterus, covering the cervix partially or fully. This condition causes severe bleeding near the end of the second trimester or the beginning of the third trimester.

This condition occurs before or during labour. In this condition, the placenta detaches from the uterine line resulting in bleeding accompanied by stomach aches.

Now as your body gets ready for labour, your cervix thins and opens, the mucus plug pushes out of the vagina resulting in light yellow or white colour vaginal discharge. However, if the discharge is thicker, it can be red, brown, or pink blood.

This happens as a result of rupturing of the cervix. In fact, the bloody show has traces of mucus in it.

How Do You Know Whether It Is Spotting or Bleeding?

If you have placental problems, or maybe you are going through preterm labour, or must have suffered a miscarriage, you might experience heavy bleeding. Blood that’s bright red in colour is worrisome. However, a few drops of blood especially in your first trimester is spotting. Spotting is normal and you might not be very worried about it.

How Is Bleeding During Pregnancy Treated?

Remember, pregnancy is one of the most beautiful emotions in your life. Don’t let bleeding scare you. We know that too much blood loss would result in low haemoglobin level during your pregnancy which causes birth defects in your baby. However, follow your doctor’s advice when you get the signs of bleeding during your pregnancy. Your healthcare provider might suggest you avoid travel, take bed rest, get hospitalised, and have iron-rich food.

Also go through our blogs to gather some more knowledge on pregnancy, postpartum, babycare and cord blood banking. 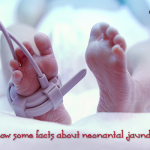 Know Some Facts About Neonatal Jaundice

Some of the babies get jaundice just after their birth. Babies of these parents get worried about the yellowing of their baby’s eyes and skin. This yellowing of skin occurs due to jaundice that causes due to the high level of bilirubin. Bilirubin is the waste product of the body which is produced due to […] 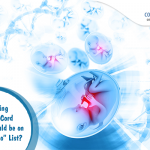 Why Banking Umbilical Cord Blood Should Be On Your “To Do” List?

As the science of stem cells took off in the 1970s when doctors realized that the stem cells found in the blood inside an umbilical cord could offer a much more secure substitute to bone marrow transplants that may find its way in the utilization of treating conditions such as leukaemia, lymphoma, and sickle cell […] 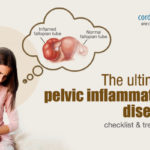