I have always been an avid dog lover. Probably inherited it from my parents. For as long as I can remember, there has always been a dog in the family. So I was happy to learn that my husband too was extremely fond of the four-legged creatures and six months after our wedding we added a beautiful tan Labrador retriever pup to our family.

Rocky was a very energetic and playful pup. Jumping on us whenever we returned home was always his way of asking for affection and attention after we had been away from him for a while. However, he is very independent by nature. Doesn’t follow us around the house all the time. At the age of four, he is not only lively but also a very astute and an obedient pet.

It is actually his astuteness that has surprised my husband and me both. A few months ago we found out that I was pregnant. It was the happiest day of our lives. Since we wanted to wait till the first trimester was over to inform anyone, we made no major changes to our routines or lifestyle or to Rocky’s. I still took him out for his evening walks like I used to, fed him and played with him. But a month or so after we discovered I was pregnant, I noticed a change in Rocky’s behaviour. He stopped jumping on me after I came back home from work, even though he still did it to my husband. He started following me around the house all the time. Even if I was heading to the bathroom! His attitude towards me when we played was gentler. Before when we used to play there was always a bit of roughhousing involved which is almost non-existent now.

When I pointed it out to my husband, he said he had noticed it too but had dismissed it as a phase that Rocky was probably going through. It wasn’t until my first trimester was over that Rocky’s behaviour changed even more. Right around the time I was about 16 weeks pregnant and my baby bump had just started to show, Rocky started to lay with his head against my bump and was even more protective of me.

These changes in his behaviour led us to think whether Rocky was somehow aware of my pregnancy. There have been numerous studies that have shown that a dog’s superior sense of smell allows them to be able to detect changes in the human body. I had read in an article online that had conducted a study in which a Labrador retriever correctly detected colorectal cancer with 95 percent and 98 percent accuracy in two different sets of human samples. The study stated that a specific smell is linked to cancer, and that’s what the pup picked up on.’ Since pregnancy causes a change in the hormone and pheromone secretions, it is possible that it was how Rocky picked up on my pregnancy.

There is no scientific evidence to prove if dogs are truly aware of human pregnancy, but there have been many instances when a marked change has been perceived in a dog’s behaviour towards its pregnant owner. So even though there is no empirical proof that Rocky knows I am pregnant, I still believe that he does and I truly feel that when our little one is born, he will be as loving, caring and protective towards them as he has been to me. 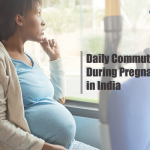 Daily Commute During Pregnancy in India 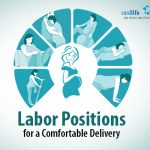 Labor Positions For a Comfortable Delivery

As you count down the days till you meet your little one, you’re also getting ready for the last stage of your pregnancy – labor and delivery. While it is believed that lying on your back with legs spread wide is the best position for labor and delivery, there are a variety of labor positions […] 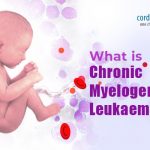 What Is Chronic Myelogenous Leukaemia? Can Cord Blood Treat It?

This is the story of Lucas, a young boy, who was active and lived a normal life till he turned 10 years old. But after that, he felt constantly lethargic and had a poor appetite, without any reason. He also lost weight immensely and suffered from bouts of fever and vomiting. Lucas underwent several treatments […]