Expectations, anticipation and disenchanted reality of a prenatal visit.

It was coming up to 8 weeks of pregnancy and we were both preparing for our first prenatal doctor’s appointment. I wanted to be there with my wife right from the very beginning of this journey and get to know everything first hand. I was more than happy to reshuffle my agenda for the day. Lifestyle changes had already begun; work schedules were also being tossed around.

During the past 8 weeks, my wife and I had already discussed the sort of medical guidance we wanted for us during this special journey in our lives. Someone who would be understanding and would have the patience to deal with the concerns of first-time parents like us. We asked around quite a fair bit. Whilst speaking to an old friend, he recommended a gynecologist who he’d consulted for his wife a couple of months ago. On digging a little more, I found out that the doc had a fine reputation and was very popular with young couples. I guess, we’d found the doctor we wanted!

We arrived at the birthing center well in time for the appointment. Giving our names to the Receptionist we waited for the doctor to arrive. There were so many couples and women at various stages of the pregnancy waiting along with us. I vividly remember the room. A light pink and blue combination wallpaper decorated with tons of baby photos. A standee on the side stood with a really graphical representation of all the pregnancy trimesters. My wife picked up few pamphlets and started leafing through them. This room really felt like a “happy place”. Lots of positive energy and glow filled the room.

As we waited, more and more couples arrived but there was still no sign of the doctor. I know this is India and doctors and trains rarely stick to their timetables. But I was nervous and couldn’t wait to get into that consultation room. I had tons of questions that I wanted to ask the doctor and I was eagerly waiting to hear my baby’s heartbeat for the first time. To me, that meant a great deal. It would actually seal the deal; reinforce the fact that I was going to be responsible for that little human being that I helped create.

We’d already been waiting for over an hour and I was determined to find out the reason for the delay. The clock turned another 15 minutes and I was just about gearing up to go to the Receptionist to find out what the problem was. The Receptionist came out into the Visitor’s room and announced that the doctor had an emergency normal delivery to deal with and wouldn’t be able to take the scheduled appointments for the day.

And I felt so let down. The thrill, the excitement that I was feeling throughout the day just evaporated. I know, the situation was such that I should understand. Labour pain and deliveries don’t always follow the timetable. I guess, I found some solace in the fact that I was nearly halfway there today. I’ve rescheduled and hope to go all the way into the consultation room with the doctor tomorrow. Finger’s crossed!

When Pregnant, You need to Follow These Care Tips 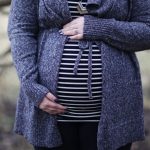 At 21 weeks, you are in your sixth month of pregnancy and your belly has fully grown. This is the correct time to decide the name of your baby. If you didn’t pick up any name, then you can find one at baby name generator page. You might be feeling more activities than normal as […] 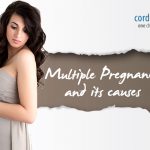 Multiple Pregnancy and its Causes

Many of us have seen a couple with a set of babies that may or may not be identical in their looks. These can be twins (two babies), triplets (three babies), quadruplets (four babies), quintuplets (five babies) or even more. A multiple pregnancy occurs when a women conceives more than one baby in her womb. […]