I still remember those sleepless nights when my six month old was teething. This was my first experience as a mum and when my little girl was cranky and irritated, especially at night, I was completely at a loss of how to soothe her. Thankfully, my trusted paediatrician and the all-time source of information ‘the internet’ came to my rescue. I found out that baby teething is a common affair when a child is between 4 to 6 months old. Just being aware of some of the common indicators of baby teething will help you to act and respond faster to your baby’s needs.

Trust me it’s hard to believe so much fluid can come out from a baby’s mouth unless you see it for yourself. Actually, teething stimulates drooling and it starts when the baby is between 10 weeks to two – three months old, though my daughter started when she was much older. I used to find her clothes always soggy which the paediatrician later on confirmed was due to teething.

Due to the continuous drooling and dripping, my baby started suffering from redness and rashes around her mouth, which according to the paediatrician was another symptom of teething. However, this was cured by applying baby nursing cream and lotion at regular intervals.

Drooling and dripping all the time can make your baby gag and cough too. Do not worry if your baby does not have any other signs of cold and flu.

This was the biggest problem when my little baby girl was teething. Pressure from the teeth poking through under the gums caused a lot of discomfort and to get instant relief, she was more inclined towards biting and chewing on just about anything that was in front of her.

Don’t know about others, but my daughter used to be extremely fussy throughout the day due to aching. The doctor explained to me that because of the pressure of the little tooth on the gum most children (if not all) are likely to be fussy and irritable, either for a few hours or throughout the day.

Pulling ears and rubbing the chin and cheeks

This was the weirdest symptom of all. My baby girl used to pull her ears a lot or used to rub her chin and cheeks. I was a little surprised by this behaviour, but the paediatrician relieved me by telling me that this behaviour indicates that your baby will soon have little pearly white teeth. According to her, babies usually do this to create counter pressure that eases some of the pain.

But as I said earlier, it is not mandatory for all babies to show the same teething signs. While some will have the symptoms as stated above, others will show other signs or no sign at all.

Swollen red gums are also a sign of teething, as was indicated by my paediatrician. For quick relief, gently rub your clean finger over the gums.

Often because of pain and irritation while teething, babies refuse to eat much. If it lasts long, then call your paediatrician and ask for a solution. 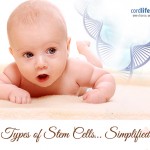 We all hear about numerous breakthrough researches on stem cell transplant procedures. When expectant parents are advised to go in for cord blood banking in Hyderabad, or Bangluru for that matter, they are often confused by the medical jargon used to explain the wide scope of the procedure. Here is a look at some of […] 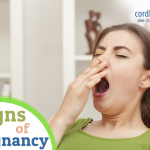 Baby on Board – and What Happens Next

If your body has begun to show changes recently, and so has your mood, you could be pregnant. Often, the signs of pregnancy are able to manifest themselves even without the tell-tale ‘missed period’ to ring the first bell. But it is easy to confuse these symptoms with those your body registers during a menstrual […] 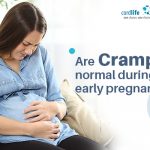 Are Cramps Normal During Early Pregnancy?

It’s just been a month or two that you’ve got the good news of your pregnancy, and you’ve already started preparing to complete the healthiest journey till such time that you’ve delivered your baby. But, did you know that, passing the first stages of your pregnancy might not be that easy? You might be gheraoed […]