Pregnancy is a joyous event for a family; however, it often takes a toll on a woman’s body. Her changing body and hormones not only makes her nauseous quite often, but also makes her vulnerable. Her health is as important as the health of the baby she is carrying. One of the best ways to ensure that she remains healthy and strong is through a good and balanced diet. Healthy foods provide the appropriate amount of nutrition that the mother and baby both need in order to remain hale and hearty.

Following is a list of foods that women should avoid during pregnancy:

Alcoholic beverages are a big ‘No No!’ for pregnant women. Even though a few studies have recently revealed that having a drink once a week may not actually harm the baby, however, most medical professionals are of the opinion that alcohol of all sorts should be strictly avoided during pregnancy. The reason behind this is that the alcohol consumed by you can be easily absorbed by the placenta and will then reach the baby whose liver is not strong enough to handle the liquor. Alcohol consumption during pregnancy has been known to affect a baby’s physical growth and internal organs, and in many cases has also caused a miscarriage.

Doctors often advise women to avoid coffee during pregnancy since the high caffeine content can negatively impact a baby’s breathing and heart rate. It can occasionally cause miscarriage as well.

I know that fish in this list seems odd since fish are a rich source of protein which is extremely good for pregnant women. However, certain types of fish, such as – king mackerel contain toxic levels of mercury and thus should be avoided. Even raw and undercooked food should be avoided as it may contain bacteria.

Just like fish even milk is good for a mother’s health because it contains calcium, proteins and many other health minerals, but, unpasteurized milk may contain harmful bacteria so it should be avoided.

Undercooked or raw meat should be avoided as there is a risk that it may be contaminated with toxoplasmosis, coliform bacteria and salmonella.

These should also be avoided as they too may contain salmonella.

Let us now look at the foods that pregnant women can have:

Even though the above-mentioned foods are good for a pregnant women’s health, oftentimes nausea causes aversion to one or more types of these foods. In such cases, consult your doctor for medical advice. 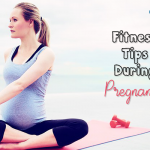 As pregnancy progresses, many changes are brought about in the body of a woman. Your growing belly is one of the most exciting changes! Flaunting the baby bump is an exciting feeling, but with it you might face a new challenge, and that’s itching on your belly. Yes, in pregnancy itching on the stomach is […]

How is Cord Blood Collected and Stored?

The science of bio-preservation spells out techniques like hypothermic storage, cryopreservation and vitrification in a clinical environment. The new market report on “Umbilical Cord Blood Banking Market,” released by Persistence Market Research on September 12, 2014, states that there would be an exponential demand for cell banking by 2020, owing to the multiple cord tissue […]