During pregnancy your body produces more than 50% of the production of blood at normal time. But your body will need this extra blood for maintaining the life of baby inside the mother’s womb. Despite of the restriction if you decide to donate your blood then it may lead to severe issues. In fact, the pregnant woman is advised that they must not donate blood till they are breastfeeding their baby. This is stated by American Red Cross Society.

Generally would be moms must wait for nine months of pregnancy and till the time they are breastfeeding. This is because the baby is completely dependent upon the nutrients which they get from breast milk and if the pregnant woman donates blood then the baby will lack in getting the important nutrients.

There are various issues that occurs due to blood donation of a pregnant lady. It may cause deformities in the child and vitamin deficiencies. The most specific problem that occurs due to blood donation is the chances of experiencing iron deficiency. This causes anemia to the mother. Anemia might further exaggerate various issues such as pre-mature delivery, low birth weight of baby and many more. Thus, the Red Cross Society restricts the pregnant women from donating blood.

On the other hand, the woman might have donated blood before she came to know about pregnancy. But as this is earlier stage and the body is still prepping itself for the pregnancy, a woman can donate blood. Thus, donation of blood before the confirmation of pregnancy will not develop any kind of issues during this early phase.

Sometimes doctors might ask the pregnant woman to store the blood during pregnancy. At this point some of the things are tested before donating the blood such as hemoglobin, blood pressure and temperature. This is because if the woman is anemic, she can experience excessive bleeding during the pregnancy or delivery. At this point a woman might require blood infusion and storing of her own blood will reduce the hassle of finding for the blood of same group.

Finally, on a concluding note it can be said that donating blood during pregnancy is not a safe practice and is strictly restricted by Red Cross Society. The reason behind is that it is harmful for both the pregnant mother and the baby. 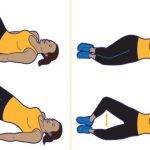 Pelvic Floor Muscles and its Exercises for Pregnancy

Pelvic floor muscles are the layer of muscles that stretches from the front of the pubic bone to the back of the spine. They provide support to the urinary bladder, uterus, controls the bowel movements and also helps during the time of delivery. If these pelvic floor muscles become weak then it may become difficult […]

Week 15 – Marching Through the Fourth month of Pregnancy

To the entire mom-to-be, in the fifteenth week, you are still in the fourth month of your pregnancy. This is the time when your little one starts preparing for its survival in the outer world. If you are doing any regular activities such as swimming, yoga, etc. Then you can continue with all those activities […] 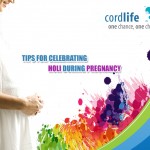 Tips for Celebrating Holi during Pregnancy

Pregnancy and holi have one thing in common – they both mark new beginnings. However, you might be wondering if it is safe to play holi and enjoy the festivities while you are expecting. You do not necessarily have to stay away from the celebrations. Nevertheless, let us first understand a few facts… During pregnancy, […]