Worldwide, Alzheimer’s is found in at least one among 10 persons who are more than 80-years-old and one out of four persons who are above 90 years. In India, there are nearly 50 lakh dementia patients of which, roughly 70 to 80 percent have Alzheimer’s, says an article published in the The Hindu in November 2013. It is one of the many neurodegenerative diseases caused by death of nerve cells gradually over a period of time. Some of the others are Parkinson’s Disease, Huntington’s Disease, Cerebral Palsy and Multiple Sclerosis.

It is a neural disorder that affects the brain. Protein builds up in the brain to form “plaques” or “tangles” affecting the connection between nerve cells eventually resulting in death of these cells and loss of brain tissue. People with this disease have the shortage of neurotransmitters or chemicals that help to transmit signals across the brain. Shortage of neurotransmitters affects the proper functioning of the brain. It is one of the progressive neurodegenerative diseases. This implies that brain damage increases with passage of time and symptoms get worse. The primary risk factors are old age, family history and genetics.

The symptoms are generally mild to start with but gain prominence as the disease progresses. Although the symptoms are uniform across all patients, they may not be experienced the same way or in the same succession. Memory lapse is one the early signs of Alzheimer’s. Patients might have difficulty in recalling past memories as well learning new information.  Memory loss from Alzheimer starts to affect daily life as the condition worsens.  Memories from events that happened a long time ago remain unaffected in the early stage of the disease. Apart from memory lapse, patients might have or go on to develop problems with language, visuo-spatial skills i.e problems judging distance or seeing objects in three dimension, concentration, planning, organization, and orientation i.e being confused or losing track of day or date.

Brain acetylcholinesterase inhibitors are given to patients in order to increase the levels of neurotransmitters. This treatment only delays or slows down the process of degeneration. There are no known cures to Alzheimer’s. Stem cells are increasingly being used to treat diseases such as cancer, diabetes and more.

Research is being extensively carried out for breakthrough in treatment of neurodegenerative diseases through stem cell therapy. As per an article published in The Telegraph in May 2015, neuroscientists in India have shown what they say is the first reversal of the behavioural symptoms associated with an Alzheimer’s disease-like illness in laboratory mice using cells extracted from human umbilical cord blood,. The promise of stem cell therapy which can help in the regeneration of neural cells shows potential for the future cure of the disease. 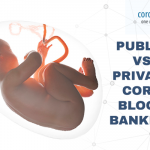 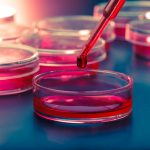 There was a huge growth in the cord blood industry during the period of the mid-late 2000s. Through the past few years, the cord blood market had become compact and matured. In addition to North Asia and Southeast Asia, the growth had been also seen in North American as well as the European countries. As […] 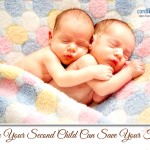 When Your Second Child Can Save Your First

Stem cells are a precious resource for your child. They are the most vital foundation of the body’s immune and blood systems. Significantly, they can regenerate into other cells to become a DNA match – this is important for the times when your child’s body needs to fight back and heal itself during a serious […]