Have you ever thought about bringing back the memories of those who are currently fighting to remember? Imagine if you could cure about 4 million Indians[1] living with Alzheimer’s disease (AD) that is expected to triple by 2050. It’s not a small task by any means.

Recently, Hong Kong’s South China Morning Post newspaper published a scientific study claiming to have reached significant progress in reversing memory loss using cell-based treatment in mice with Alzheimer’s. A group of Chinese scientists chose to produce in the brains of the mouse model AD patients, a typically “lost” of dysfunctional nerve cell. Living in the area near the bottom of the brain, it is known as the basal forebrain cholinergic neuron that helps process functions like leaning and attention. Memory function could be restored by replacing those dysfunctional nerve cells in the AD mice with healthy nerve cells extracted from stem cells.

So how did they do it?

Initially, the research team used a methodology to generate these specific types of nerve cells extracted from both the human embryonic stem cells and the mouse in a petri dish. Their first step was successful, meaning that the newly produced nerve cells imbibed within them the required markers for cholinergic neurons in order to function properly. This essentially suggests that the nerve cells would be able to send the right signals to the other nerve cells.

In order to test the functionality of the nerve cells, the subsequent step comprised of transplanting the progenitor cells, which are specialised in developing into adult nerve cells, into the brains of the mouse models of AD. Most of the transplanted mouse progenitor cells endured and developed into cholinergic nerve cells. They, in turn, were able to perform in sync with the original mouse nerve cells. On the other hand, the human progenitor cells, when transplanted into the same area of the brain, the majority were not able to survive as expected. However, the breakthrough was that the ones that did make it through started to function as cholinergic neurons.

Hence, could memory be improved in these forgetful mice was the final question that the research team needed to address.

In order to measure up the memories of AD mice that had been given the mouse or human cholinergic progenitor cells to AD mice that received no treatment and to healthy normal mice, the group put together a memory test. The model mice were taught to locate a hidden platform in a circular pool of water. Substantiating the prognosis of the study, the test showed that the untreated AD mice had difficulty locating the hidden platform. In subsequent tests, they could not even recall its location at all. In comparison to them, the group of treated AD mice performed significantly better and were able to retain directions and find the location in multiple trials. This test implied that the transplanted nerve cells enhanced their capability to absorb tasks and recollect memories.

The study still at very early stages was able to establish the foundation of a possible method to retrogressive memory loss in Alzheimer’s disease via substituting cholinergic nerve cells in the basal forebrain area of the brain. However, the study’s senior author, Naihe Jing, cautioned everyone to not get ahead of themselves and said, “Mice are still very different from humans, so the results on mice do not guarantee the same success on human patients. Our next step is to test the method on primates. It will probably be a long time before clinical trials can be carried out on human volunteers.”[2]

Dr. Naihe Jing additionally described the precautions that his team were taking in order to test the safety of their embryonic stem cell-based therapy.

“We used human embryonic stem cells because this method will eventually be used on humans. If the human neurons can get a footing and grow in the brain of a mouse, the chance is high the effect will be even better on a human host. The biggest concern of this development is safety. We were afraid that the transplanted cells would mutate to other types of neurons or even cause brain tumours. We have been improving the technology and making close observation of the mice for more than seven years. So far no mutation or cancerous development has been detected.”[3] 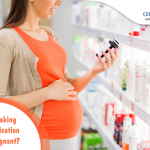 Are you taking OTC medication when pregnant?

EPIK MOM:   To avail the Offer, Please Store Your Baby’s Stem Cells at The Time of Delivery with Cordlife India. Share000

Here’s how to Sleep During Pregnancy!

It can be really irritating to get the right sleeping position during pregnancy. It is one of the essential things for women to consider during their pregnancy. Not only its hard to get sleep at the various positions suggested by people, incorrect sleep positions are the prime cause of adverse health impacts on the foetus. […]