When Mr and Mrs. Conn realised that their daughter Georgia was struggling to see or play like other children, they got her diagnosed immediately. There are numerous families like the Conn Family who have children suffering from cerebral palsy in their house. The parents may notice their children are failing to reach their age-wise developmental milestones like rolling over, crawling or walking. But, by the time they start looking for safe treatment options, it is already very late.

So, what is Cerebral Palsy?

According to Can Child, “Cerebral palsy (CP) is an umbrella term used to describe a disorder that results from perinatal brain injury.” [2] This kind of brain injury arising out of the hindrance in foetal development or due to compromised oxygen supply at the time of birth are known to be some of the primary reasons for developing such a condition, like cerebral palsy. Babies suffering from this condition have problem in moving, communicating and learning.

The type and severity of cerebral palsy symptoms depends largely on the depth of the brain injury and may vary from person to person. While some children in this condition may need life-long care, others may manage living their lives with mild disabilities and minimal support.

Is there a cure available for Cerebral Palsy?

Unfortunately; till now there has been no specific cure found for cerebral palsy. But, with early intervention and a combination of right therapy like exercise, speech therapy, etc. and medication, the outlook of these children can be significantly improved. The good news is, with the advent of regenerative medicine, treating Cerebral Palsy with umbilical cord blood stem cell therapy has shown a promising outcome in several cases. [4]

Why Umbilical Cord Blood is a Hope?

Umbilical cord blood is a rich source of haematopoietic stem cells which have the capability to renew and differentiate into different types of blood cells – Red blood cells (RBC), White blood cells (WBC) and Platelets. In case of children with Cerebral palsy, the brain imaging scans have shown lack of blood flow in the various regions of the brain leading to damage. In order to address this defect, the ability of umbilical cord blood to renew and repair these damaged parts has been taken into consideration in numerous clinical trials that are going around the world.

Cordlife Group has released 19 cord blood samples and 3 cord tissue samples to treat cerebral palsy. Several clinical trials going on across the world, have considered various parameters and published that the cord blood treatment is not only safe for treatment children with cerebral palsy but has also shown positive improvements by addressing the core damage and leading to subsequent results in symptoms.

Researches on umbilical cord blood stem cells being used to combat disorders like cerebral palsy are   gaining momentum across the globe. Therefore, banking the baby’s umbilical cord at birth is being considered by many parents as a responsible step towards securing the baby’s health and future. Umbilical Cord Blood is collected immediately after a baby is delivered. Once the baby is separated from the mother, the cord is clamped and the blood along with the cord tissue is collected and transported to the laboratory for further processing and cryopreservation. 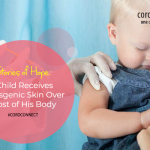 Stories of Hope: Child Receives Transgenic Skin Over Most of His Body

A child was saved from a life-threatening skin disease. The doctors replaced 80% of his skin made from his own cells. This is also known as transgenic replacement. This procedure shows the ability of the skin stem cells to cure a distressing disorder. This procedure helps clarify the way the skin regenerates. Suffering from Epidermolysis […] 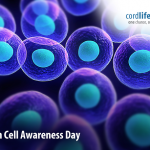 Stem Cell Awareness Could Save Lives

Did you know that stem cells were first discovered in the human Cord Blood as early as 1978? This was ten years after the first successful bone marrow transplant was done between siblings, according to an article published in the Journal of Natural Science, Biology and Medicine[1]. Although the concept of stem cell research is […] 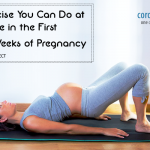