Japanese reproductive biologist, Katsuhiko Hayashi at the Kyushu University in Fukuoka, headed the research that published its findings in the journal known as ‘Nature’ on how they had been able to produce mouse eggs from mouse stem cells under laboratory conditions and then pushed the eggs towards fertilisation, yielding a fertile offspring as the end result. This is usually a territory that scientists tread with utmost caution.

The work is a “stunning achievement,” says George Daley of Harvard Medical School in Boston, who was not involved in the project.

Oocytes, or egg cells were produced from induced pluripotent stem cells derived from mouse skin cells and mouse embryonic stem cells under clinical conditions in a petri-dish. The characteristics of both stem cell types enable them to generate almost any cell type in the human body.

Utilizing the sperm from a healthy male mouse, through IVF or vitro fertilization process, the research team fertilized the egg cells. They team only transplanted the fertilized eggs into female mice only they had been conditioned to grow into two cell embryos. 3.5% of the implanted embryos successfully produced offspring who in turn were able to reproduced post turning into matured adult mice.

“The researchers also showed that they could derive new ES cell lines from embryos generated from the labmade eggs. That recreates, they note, a full cycle of female germ cell development in the lab.”

The egg-making technique, whilst impressive has been identified with some serious concerns. Only 3.5% of the implanted embryos were able to grow into healthy adult mice. Additionally, the research team also found out that approximately 18% of the stem-cell derived eggs had an unusual number of chromosomes. The presence of the imbalanced chromosomes possibly resulted in less embryos developing and could probably also cause genetic disorders in the offspring.

In order to complete the process, scientists added cells extracted from the mouse embryos in pregnant mice to the culture dish. The egg cells matured and developed with the support of these outside cells. More research is ongoing in evolving artificial reagents that will in future be able to substitute the requirement for cells.

Will Human Eggs Be Next?

This investigative study automatically raises reservations about the scientific attempt to produce artificial human eggs in a petri-dish. “If a similar strategy proves successful in human pluripotent stem cells, then the options for reproductive biology, but also genetic modification of the germ line, are profound,” Daley says.

In a Nature news release, Azim Surani who is well known in this area of research, said that these ethical issues should be discussed now and include the general public. “This is the right time to involve the wider public in these discussions, long before and in case the procedure becomes feasible in humans.”

In an interview with Phys.org , James Adjaye, another expert from Heinrich Heine University in Germany, raised the point that even if we did generate artificial human eggs, “the final and ultimate test for fully functional human ‘eggs in a dish’ would be the fertilization using IVF, which is also ethically not allowed.”

Looking forward, senior author on the Nature study, Katsuhiko Hayashi, predicted that in a decade, lab-grown “oocyte-like” human eggs will be available but probably not at a scale for fertility treatments. Because of the technical issues his study revealed, he commented, “It is too preliminary to use artificial oocytes in the clinic.” 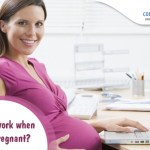 Can I Work When I Am Pregnant?

You have probably heard this statement several times from many exasperated pregnant women: “I’m fine! I’m pregnant, not sick!” It can get really irritating when people treat you differently because of your pregnancy, making you feel like a fragile object that can break apart any moment. Your pregnancy is progressing well, your doctor is pleased […] 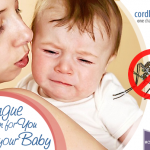 Dengue: Protection for you and your Baby

Contracting dengue during your pregnancy can put both you and your unborn child at risk. The only treatment course to follow is to alleviate the symptoms. Dengue is a disease caused by a virus carried by the Aedes aegypti mosquito and it spreads through mosquito bites. It can have potentially fatal consequences if such a […] 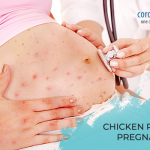 You may be immune if you’ve had chicken pox before, especially if you’ve been vaccinated. The prevention rate is as high as 80-85% for ones who’ve received the vaccination. Hence, whilst the chances are low, but there are few women who do get chicken pox during their pregnancy. The approximate range would be about 1 […]