Maria Torres, a healthy, fit woman of 43 was diagnosed with Type 2 Diabetes. It was totally out of the blue. She was a woman who took her health and fitness seriously with regular exercise, healthy eating and weight management. She just couldn’t believe it. Refusing to accept the reports, she requested her doctor to re-test her. Nonetheless, the results were the same. Her life would now undergo dramatic transformation and no one could fully explain why this was happening.

“It really scared me,” says Maria. “I thought I was going to die soon.”

No one was surprised at Maria’s refusal to accept the diagnosis. She just did not fit in with the profile of a typical Type 2 diabetes patient. The probable reason behind this could be some undiscovered genetic element that made Maria vulnerable to the condition.

In order to manage her diabetes, she had to modify her existing lifestyle. Whilst her pancreas was producing insulin, that instruct the cells to take in the blood sugar, her cells had developed insulin resistance and therefore not co-operating in the scheme of things.  Consequently, with glucose accumulation in her blood, Maria was facing a host of health risks like heart disease, nerve damage and eye issues.

It had come down to regular insulin injections five times a day in order to absorb the glucose and frequent monitoring of her blood sugar levels.

She has followed this regimented lifestyle for 20 odd years. But insulin is not the cure. It only helps to control the condition. She faces massive side effects like mood swings and serious complications when her glucose levels are on the rise and fall.

Working Towards a Cure

An encouraging strategy to combat diabetes by transplanting beta cells, allowing the blood to sense the sugar levels and generate insulin thereby reducing them in time, has gained momentum. Those suffering from Type 1 diabetes would gain, as the new beta cells will be able to substitute the cells that had been lost due to the disease. For patients with the Type 2 condition like Maria, transplanting beta cells could possibly increase the body’s potential to generate insulin and in turn decreasing blood sugar levels and lessening the requirement for injections.

A San Diego based organization received significant funding from CIRM to work on this prognosis. They have been working towards developing innovative methodologies to transform human embryonic stem cells into insulin-producing beta cells. With stem cells unique potential to transform into any form or tissue, the research team was looking to reproduce the precise indicators that could change a stem cell into a beta cell, rather than a neuron or muscle cell.

Success came and the research team was able to develop progenitor cells, just a single step short of creating mature beta cells. These progenitor cells were given adequate gestation period so that they could develop in the body. Under clinical conditions using animals, the tougher progenitor cells endured the transplant procedure and, on attaining maturity started producing insulin. In addition to this, the research team started with inserting the progenitor cells in a porous capsule prior to initiating the transplantation under the skin. By doing this, they were able to keep the cells out hence circumventing potential attack and denunciation by the patient’s own immune system.

An FDA approved clinical trial for Type 1 diabetes is currently underway. With continuous progression, their aim to ultimately also help those who are suffering from Type 2 diabetes as well. For Maria, this is an important breakthrough, not only for herself but also for her family.

“I have three kids, and I know they could have the same thing I have,” says Maria. “If they find a cure, for me, that’s peace of mind.” 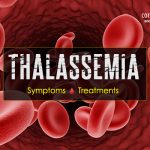 Thalassemias are a heterogeneous group of genetically transmitted disorders characterized by anaemia, jaundice, and increased size of liver and spleen. Anaemia, the hallmark symptom is due to premature destruction of red blood cells in the bone marrow for the defective haemoglobin they synthesize and possess, a direct impact of the faulty genes.  Symptoms of Thalassemia […] 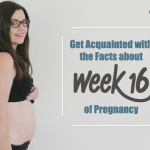 Get Acquainted With the Facts About Week 16 of Pregnancy

Congratulations for the arrival of week 16. You must be very excited and a bit nervous about your prenatal visit for this month. This time your baby starts kicking and during visit to your doctor you will hear the heartbeat of the baby. Development of Your Baby Your baby is now about the size of […] 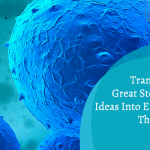 CIRM’s Governing Board recently approved $15 million for four projects in translational awards program, which promises to offer support to invent novel stem cells transplants that can be applied to patients during clinical trials. Wondering what “translational” might mean in studies, involving stem cells?  “Translational” implies to researches that take the basic results of a […]