Home > Cord Connect > Pregnancy > What are the Chances of a Successful IVF Treatment?

A variety of factors are at play when you undergo IVF treatment. Hence, the treatment’s success rate is not always a dependable outcome.

For a lot of childless couples, IVF (In-Vitro Fertilisation) treatment comes as a beacon of hope. Their quest for a biological child is often rewarded by this treatment, which prepares for an embryonic transfer to the prepared uterus. It may be a necessary course of action for women with fertility problems, and for men with low sperm count or motility.

Most couples are confused about consulting their doctors if they fail to conceive after a certain period of trying for a pregnancy. Normally, women are advised to take medical advice if they have been trying to conceive for a year and if they are under 35 years of age. The window of time for women over 35 years of age is six months.[1]

It is believed that IVF works better for younger women. It is not the only course of action in case of non-conception, and it is better to seek a doctor’s help to check for potential fertility issues at the first hint of trouble. Sometimes, some women are unable to conceive because of fibroids or low egg production in the ovaries.[2] “It is understood that if you and your partner are healthy and the woman does not suffer any menstrual problems, you should be able to conceive a baby after trying for a few weeks or months. Sexual intercourse during the woman’s fertile period after the menses also increases the chances of conception. But if this does not happen after about six months of trying, the couple must get checked for fertility,” advises Dr. Apurva Junnarkar, obstetrician.

It is important for the male partner to find out about infertility or low sperm motility issues prior to opting for IVF treatment, says Dr. Rahul Shingare, gynaecologist. “I have many patients who complain that their husbands refuse to get tested for sperm count and motility. The treatment cannot be successful if the semen is not analysed for these parameters,” he explains.

Sticking to the prescribed medication (for both men and women) prior to undergoing IVF is vital. But more important is keeping a positive outlook despite initial failures. “Many couples fail in the first round of IVF. That is not to say that they made a mistake, it is just how the treatment works. It may not result in a pregnancy after the first round, so the couple must emotionally prepare themselves to try again after a while,” says Dr. Junnarkar.

[1] ‘How to boost IVF success the first time’, http://attainfertility.com/article/ivf-first-time 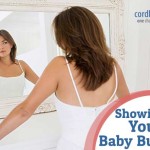 When will your Pregnancy begin to Show?

You took a home pregnancy test and your doctor has just confirmed your pregnancy – congratulations! You are in for a rollercoaster of a time with your precious baby growing inside for the next few months. Most new mothers-to-be are concerned about foetal development in the first trimester. They have heard stories of other women […]

What Should I Know about Umbilical Cord Blood Care?

Did you know that, according to an article published in The Times of India in 2011, 51 babies are born in India every minute? In fact, Uttar Pradesh has about 11 babies born every minute alone, a figure only China exceeds by a small margin. The foetus in the womb receives nourishment through the placenta, […] 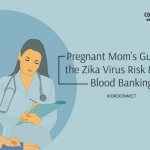 You might be thinking why Zika virus is a big deal for you, if you are an expectant mother? Well, before that let’s just talk about what it is and how it spreads. Zika virus is mainly spread by mosquito bites and sexual transmission. The virus does not cause major harm to adults. But it […]