You might have noticed two unlinked things here in the title of the article. First, EVATAR. You must be thinking if it’s the sequel of AVATAR. But wait. It’s not. Now coming to the second one: A mini female reproductive system on a 3D chip. If you are assuming that it’s a plot of a science fiction, you would be wrong again.

Scientists have used human stem cells to create the tissues of EVATAR, except for the ovaries, where stem cells from mouse were used. All the mini organs are linked with each other by mini tubes and pumps. Pumps play a significant role in stimulating blood flow and eventually making the reproductive system complete. The scientists have also added certain hormones in the model in order to stimulate the ovaries to create the estrogen and progesterone hormones. The idea is to release an egg.

Now you must be thinking what these scientists were thinking when they ideated such a tool! Actually, they planned to use this model as a personalized device to understand critical feminine diseases, associated with the reproductive system. They also wanted to determine the effectiveness of clinically available drugs to treat these diseases. Apart from that, with EVATAR they would also be able to find out why a certain drug acts differently on different people.

Many scientists have previously pointed out that lesser accessibility to human organs is one of the main reasons that we have limited scope to treat a critical disease. And this is true for many diseases and disorders. Teresa Woodruff, the lead author on the study at Northwestern University explained, “If I had your stem cells and created a heart, liver, lung and an ovary, I could test 10 different drugs at 10 different doses on you and say, ‘Here’s the drug that will help your Alzheimer’s or Parkinson’s or diabetes. It’s the ultimate personalized medicine, a model of your body for testing drugs.”

EVATAR is a part of a larger project conducted by the National Institutes of Health. The aim is to develop a “body-on-a-chip” model. The objective behind creating EVATAR is to build personalized models of female reproductive system that will help researchers understand conditions like infertility, ovarian cancer, fibroids, endometriosis etc. The team is now working on recreating a male reproductive system on a 3D chip. And they would call it ADATAR, which is also a part of the National Institutes of Health project. The idea is to study both these models and figure out differences in drug metabolism between women and men. 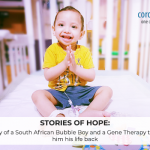 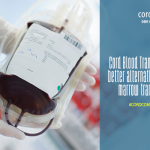 Cord blood transplant is not a new technique in the history of personalized medicine. Since 1988, it has been around and has been treating many critical diseases and disorders. Many scientists and doctors are of the opinion that cord blood makes a better alternative to bone marrow for patients, who require a stem cell transplant. […] 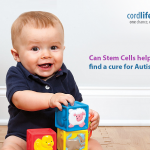 For long now, doctors and scientists studying autism and autism spectrum disorders have debated the merits of using stem cells to cure the brain disorder. There have also been attempts in the West to study the effects of one’s own stem cells banked at birth in the generation of viable neurons in the brain. For […]