Meet Alysson Muotri, an autism researcher and a professor at UC San Diego. His research mostly revolves around autism and how stem cell therapy impacts the brain development. His study is based on pluripotent stem cells (iPSCs), collected from people with autism. The researchers in his team are using the stem cells to model the condition in a lab dish. His team is trying to point out the affected cells and at the same time, invent a potential drug to cure the disorder.

When asked about his research about autism, Dr. Muotri expressed his frustration about no available models to understand the disorder at the first place. His team is involved in making a mini brain, because he thinks less accessibility to the human brain is the main reason that there is no proper tool or model to treat autism.
He said, “As a neuroscientist studying autism, I was frustrated with the lack of a good experimental model to understand autism. All the previous models (animal, postmortem brain tissues, etc.) have serious experimental limitations. The inaccessibility of the human brain has blocked the progress of research on ASD for a long time. Cellular reprogramming allows us to transform easy-access cell types (such as skin, blood, dental pulp, etc.) into brain cells or even “mini-brains” in the lab.”

He also briefed about how this process works. As they will be able to capture the genome of the affected person, it will be easy for them to track early phases of his/her neurodevelopment. He elaborately explained the process, as he said, “This is crucial to study neurodevelopment disorders, such as ASD, because of the strong genetic factor underlying the pathology [the cause of a disease]. By comparing “mini-brains” between an ASD and neurotypical [non-ASD] groups, we can find anatomical and functional differences that might explain the clinical symptoms.”
While talking about his model, he mentioned that his team mainly uses genome editing techniques and reprogramming stem cells. The reprogramming stem cells are used to create organoids or mini brains. And the genome editing techniques help in generating 3D organoid models. These organoids grow into the mature brains in the lab. The process is quite similar to that of fetal brain, so the researchers can track the structure and development over time.

About this new model, he said, “This new model brings something novel to the table: the ability to experimentally test specific hypotheses in a human background. For example, we can ask if a specific genetic variant is causal for an autistic individual. Thus, we can edit the genome of that autistic individual, fixing target mutations in these mini-brains and check if now the fixed mini-brains will develop any abnormalities seen in ASD.”

He is, currently, running a clinical trial involving IGF-1, or insulin growth factor-1. He is very hopeful that a drug will soon be discovered to treat autism. He said, “I am a big enthusiastic fan of personalized treatments for ASD. While we continue to search for a treatment that could help a large fraction of ASD people, we also recognized that some cases might be easier than others depending on their genetic profile.”

With that, he assures that his team is also working on a tool to diagnosis autism. This would certainly help parents and doctors to initiate treatments and therapies at an early stage, even before the symptoms start to appear.

Source:
One scientist’s quest to understand autism using stem cells
https://healthsciences.ucsd.edu/som/pediatrics/research/labs/muotri-lab/Pages/default.aspx
https://www.cirm.ca.gov/our-progress/disease-information/autism-fact-sheet
Creating a Genetic Model for Autism, with a Little Help from the Tooth Fairy

What Should I Know about Umbilical Cord Blood Care?

Did you know that, according to an article published in The Times of India in 2011, 51 babies are born in India every minute? In fact, Uttar Pradesh has about 11 babies born every minute alone, a figure only China exceeds by a small margin. The foetus in the womb receives nourishment through the placenta, […]

Banking, when you think of this word, all you can think of is savings. How odd; when you can save, take out, invest as well as get other services from banks that we deal with. The reason for this word association is because we have been taught to save our money in banks rather than […] 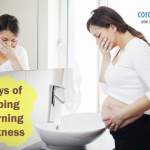 Most of the pregnant women, especially during the first trimester, have nausea and vomiting. You may have morning sickness at any time of day. It doesn’t mean that your baby is sick, nor does it hurt the baby. The sudden increase in hormones in your body is likely to cause pregnancy nausea. It is usually mild […]