Stem cells have opened so many gateways to personalized medicine that no one could ever imagine a few years back. Not only the traditional transplants, with stem cells, medical practitioners are now able to treat many rare conditions. Thanks to the researchers and their novel techniques, involving stem cells.

This is a story of Javier Tan, a 9 year old boy, who was suffering from a rare genetic illness, Fanconi anaemia, which led his blood count drop to a significantly low levels. He required a stem-cell transplant; so that his body would be able create new blood cells

He received his first stem cell transplant when he was 7. The surgery was meant to save his life but call it irony of fate that it turned his life into a nightmare. Instead of healing, he contracted a bone infection. His condition was so severe that his doctors anticipated he would lose the limb.

In that scenario, the optimum option was to wait for another donor, which might have taken several months. Instead his doctors administrated another transplant and that too within weeks. When his doctors realized that they would require the donor to be only a 50% and not 100%, his father became the donor, who was earlier rejected.

Human leukocyte antigen (HLA) matching is important in both cord blood and bone marrow transplant. It’s a protein, which is found in cells, used to match a donor’s stem cells with that of the patient’s. However, this time Javier’s doctors went for a different method, called haploidentical transplant. In this process, the T-cells, the immune cells that are responsible for attacking foreign elements in the body were removed. So in Javier’s case, the T-cells could not attack the newly transplanted cells.

After seeing the immense improvement, Javier’s mother is very happy. Mrs Vivian Tan recalled the day when doctors told her that they might need to amputate his son’s leg. And now look at him. He is a healthy student of Primary 3, excelling in English and Chinese. His surgery was done in January and Javier was back in school in May. She said, “I am definitely relieved and thankful that he has his health back.”

Dr Rajat Bhattacharyya, the consultant at the department of paediatric sub-specialities at KK Women’s and Children’s Hospital (KKH) confirmed that the new transplant method is versatile enough to find anyone the suitable donor. However, the technique has been in existence since 2010. The National University Hospital (NUH) successfully conducted the procedure successfully on 38 children. The National University Cancer Institute, Singapore (NCIS) has administrated 8 transplants on adults. KKH doctors have treated 4 kids with this technique since October 2014. 10 adult leukaemia patients have been treated with this method by Singapore General Hospital (SGH) since 2004. 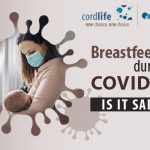 Breastfeeding During COVID-19: Is It Safe?

You already have so many questions about your newborn. Now the COVID-19 pandemic has brought on so many more – Can mothers with the virus breastfeed? Will the breast milk contain the virus? Can it get transferred to my newborn while breastfeeding? This article answers all your questions. Your baby gets a lot of nutrition […]

On your last check-up, you might have come across a cord blood banking pamphlet in the waiting room. While there are so many people who were willing you giving free advice about the benefits of saving your baby’s cord blood, it is but natural that you find yourself swarmed with a belly full of questions. […] 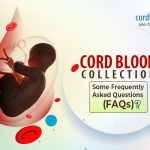