According to Medical News Today, “Strokes occur due to problems with the blood supply to the brain: either the blood supply is blocked or a blood vessel within the brain ruptures, causing brain tissue to die. A stroke is a medical emergency, and treatment must be sought as quickly as possible.”

Strokes can be of three types, namely, a) Transient ischemic attacks (TIAs); b) Ischemic strokes; and c) Hemorrhagic strokes.

Currently, the only US Food and Drug Administration (FDA) approved treatment for strokes involves the tissue plasminogen activator or tPA. Basically, these are used to dissolve the blood clots that are formed in the event of a stroke when the arteries are blocked preventing adequate flow of blood to the brain. It is essential that the tPA is provided to patients within 3 to 4 hours after the stroke happens in order for it to be effective. If a patient cannot reach the hospital in time for the tPA to be administered then more often than not it could result in lasting damage.

However, a recent article titled ‘3K3A–activated protein C stimulates post-ischemic neuronal repair by human neural stem cells in mice’ stated the possibility of the damage being cured. The article stated that a team based at the University of Southern California (USA) conducted a research using a mixture of one-two punch stem cells along with a protein that assists cells in converting into brain cells known as neurons.

Author Kevin McCormack, in his article regarding the research, stated, “First, the researchers induced a stroke in mice and then transplanted human neural stem cells alongside the damaged brain tissue. They then added a dose of the protein 3K3A-APC or a placebo. They found that mice treated with 3K3A-APC had 16 times more human stem-cell derived neurons than the mice treated with the placebo. Those neurons weren’t just sitting around doing nothing.”

In order to ensure that the improvement witnessed in the mice was solely due to the 3K3A-ACP cell that had been transplanted into them, the researchers killed the neurons that they had produced with the help of a toxin. The result was that the mice were reverted to their previous state and could not be differentiated from other untreated mice.

Other studies have also been conducted which have conclusively proved that when stroke victims were injected with stem cells gathered from borrowed bone marrows, they displayed a marked improvement from their previous state and were also able to regain some amount of bodily movements. 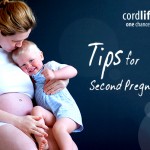 Second Pregnancy: Prepare Yourself for the Second Child

Did you know on an average, 353,000 babies are born each day around the world? This figure has been estimated by the UNICEF on the basis of birth rate recorded over 2013 and it could fall short of the actual figure considering not all births are registered! A baby’s birth can be overwhelming, surprising, terrifying, […] 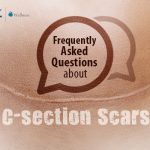 As a mommy-to-be, your goal is to ensure that your baby arrives into this world happy and healthy. However, if your bundle of joy needs a little assistance to enter the world, then a C-section delivery might be the safest way. C-section is a commonly carried out procedure for delivery around the world. Still, you […] 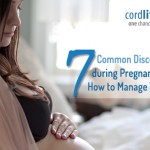 Gingivitis is the most common problem occurring during pregnancy says an article published in The Times of India in August 2014. Pregnancy symptoms change week by week and enhance by the end of the term to cause major discomfort. Here are some of the most common symptoms and tips on how to cope with them. […]