Your due date is a stone’s throw away with just a few more weeks to slog. Nearing the end of your pregnancy journey, you might as well have the baby right now. At 37 weeks, your doctor has probably discussed that it’s close enough to the due date for a safe delivery. You might as well book an elective C-section, consult your partner and parents to check everyone’s availability rather than go through the last couple of weeks of the pregnancy cycle.

When inducing labor was at its peak in the last 3 decades, countless women have been told just that it was ok to deliver post completion of 37 weeks of pregnancy. However, with more scientific research coming forward those last few weeks are just as important and ‘a stone’s throw’ doesn’t always cut it.

The American Congress of Obstetricians and Gynecologists have relooked at the definition of ‘term pregnancy.’ The last few decades have seen a tremendous rise in elective C-sections and babies being delivered pre-term and ending up in Neonatal intensive care units. Hence, there is definitely a reason to take those last few weeks extremely seriously. Here’s how American Congress of Obstetricians and Gynecologists have categorized ‘Term Pregnancy’:

Unnecessary induced labor for the sake of convenience is now slowly taking a back seat for the simple reason that it can be potentially dangerous for both the mother and the baby. Induced labor or C-section should only be a means to tackle if complications arise in the pregnancy. However, if the medical reason is not compelling enough and the healthcare provider in question feels that the mother will be able to carry the baby to term, then that is the best route to take where both the mother and the child will fare better.

‘Overdue’ is also one of the terms that these guidelines have elaborated upon. According to them, going past the assigned due date by a week or two does not qualify the pregnancy as ‘over due’. The doctors are primarily concerned about the baby growing too big for the mother’s pelvis or the placenta growing old to sustain the baby. While these are valid areas of concerns, it happens very rarely.

Prior to the 80’s frenzy for C-sections and induced labor, women delivered babies quiet safely a week or two post their due dates. Agreed that those extra weeks will be uneasy and annoying, but that is no reason for having your baby before it’s ready to make its appearance into this world. 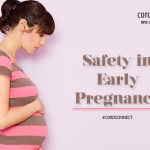 The first trimester is a period when the mother’s body undergoes a lot of physiological changes and the foetus’s major organs start developing. During this time the risk of a miscarriage is high and foetal well-being is heavily dependent on maternal well-being. You will find yourself amidst a plethora of advice about what you should […] 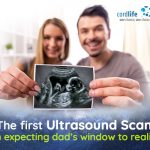 The First Ultrasound Scan – An Expecting Dad’s Window to Reality

Your partner has shared the news with you and “Oh My God” both of you are feeling at the top of the world. Most importantly, till the time she hits the 12th week of her pregnancy, when she will actually undergo her first ultrasound scan during pregnancy, you know that the pregnancy is confirmed and […] 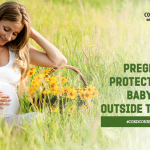 Green Pregnancy: Protect Your Baby From Outside Toxins

Have you heard of “Green” pregnancy? As an expectant mother, you may have gone through all the practices to protect your baby in the womb. Healthy lifestyle, balanced eating, proper sleep, positive thinking are some of the measures we all take to safeguard our babies. Having done all these, there are still some external hazards […]