Home > Cord Connect > Pregnancy > How Much Beneficial are Organic Foods for Pregnancy?

Indian cooking was once considered as a great source of nutrition for the pregnancy diet. We knew that we wouldn’t have much to worry about our diet containing green vegetables, increased our whole grain intake through Indian Bread and Dalia, and maintained a healthy intake of dairy products.

However, our lifestyles have changed dramatically over the past decade or so.  We travel more with multiple incomes in single households and are much more adventures with inviting new foods and new experiences into our lives.

The U.S. Department of Agriculture (USDA) defines organic food as food produced without weed killers, pesticides or chemical fertilizers. it is the type of food that is not genetically modified, and the organic food that does not contain added hormones or antibiotics, especially for meat.

Organic foods are good for you as well as good for the environment. Natural fertilizers replace those based on chemicals, resulting in healthier foods. The soil is also less contaminated while there is a boost to biodiversity. Organic products do not contain food additives, and they are in limited amounts, even if they do. By looking at certification labels, the best way to ensure the food is organic.

You reduce the risk of chemicals passing to your baby in utero when you eat organic products. Eating seasonal products will also help you and your child benefit from the benefits of vitamins, fiber, folic acid and potassium found in fruits and veggies. This is because food in the season is much fresher than food in the off-season. Make it a point when you go shopping to ask your local grocer what foods are in the season.

An organic diet is said to be the best choice during pregnancy as it helps to minimize the inadvertent consumption of pesticides, which can adversely affect the health of the mother and the baby.

One previous study estimates that women who are pregnant and consumed organic food had a 58% lower chance to give birth to a boy with a urogenital birth defect called hypospadias compared to mothers who did not adhere to organic pregnancy diet.

An organic diet also helps to avoid the use of antibiotics in farm animals. In animals treated with antibiotics, bacteria may become resistant to these antibiotics over the long term. Subsequent exposure to such bacteria in humans may prove harder to treat.

Organic foods should also not contain additives such as artificial flavors, colors, and preservatives that, according to some studies, have been associated with attention-deficit / hyperactivity disorder (ADHD) in children.

However organic foods are also having some disadvantages such as their high cost compared to conventional foods. Organic foods also have a lower shelf life, because they do not include preservatives and might not taste nice as foods supplemented with taste modulators to some people. 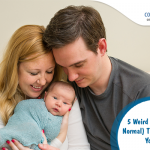 5 Weird (But Totally Normal) Things About Your Newborn

By now you must have thoroughly geared up for these key things – labor and delivery, sleepless nights and on-demand feeds. But have you been prepped for your baby’s explosive poop or weird groaning noises? Thinking of calling your pediatrician? Don’t. Because these weird baby things are totally normal. Here are some of the weird […] 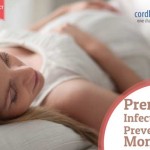 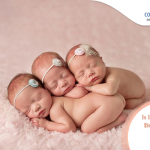 Is It Necessary to Store Cord Blood and Tissue for Each Child?

Recently, close friends Jayesh and Simran delivered a second baby boy, Kiann. Like responsible parents, they believed in their child’s healthy future and went for private cord blood banking in spite of having preserved the umbilical cord for their firstborn a few years ago. In just 3 months’ time, their newborn was diagnosed with osteoporosis. […]