The kicks of a little baby bring the feeling of a new life knocking at the door to get into your world. Fathers are always excited and wait patiently for the moment to experience the first kick of the baby. It is a sign that the baby is healthy and growing inside the womb properly. In case you were wondering, yes there are scientific reasons why the babies try their new skills inside the mother’s womb! The bone development phase and tiny hiccups are some of those reasons behind these much awaited kicks!

Here, you will know about the detailed explanation of when and why do babies kick in the womb.

Few Reasons for the kicks in the utero

The kicks in the womb or uterus are to shape the bone strength of the baby. The scientific study proves that the baby kicks are experienced between the 20th and 30th weeks of pregnancy. The baby kicks reduce by the end of the 35th week. Such kicks during the development phase imply the healthy functionality of the bones and the body of the baby. At this phase, the joints and bones of the body are taking shape and building strength. A little exercise from the mother’s end can also help support to strengthen the bones of the baby.

The fetal movement in the form of kicks is a prime factor that predicts the attributes of the child’s behaviour in early childhood. It states that kicking implies the growth of neurological aspects in a baby. It is a very important part of pregnancy as baby kicking is a friendly knock from the fetus informing about its arrival.

When to expect the kicks?

The baby inside the womb will start to move from the 12th week, but the mother is most likely to experience the first kick between 16th and 20th week. The kicks will become more forceful with time and will start to deteriorate by the end of the 36th week. It is so because the womb is now crowded, and there is not much space for the baby to move. The kicks are experienced more intensely if you are lying down or sitting on a couch.

At the start of the third trimester, the doctors recommend the parents take note of every fetal movement. If the mother starts to experience less movement after her 26th week, then you must consult the doctor immediately. The rule says count to ten fetal movements every hour in the third trimester that states the normal health of the baby. Even a single day without movements can be a matter of concern.

How to make the baby kick more often?

Drinking juices or other beverages are most likely to wake up the sleepy babies inside the womb. The ultrasound process also makes the baby move inside the womb and kick to show its presence. Usually, mothers must always sleep sideways during the third trimester to give enough oxygen supply to the baby.

Experiencing kicks is an emotion, and parents are blessed to feel their babies coming into the world way before the time. So wait for them and enjoy the feeling together! 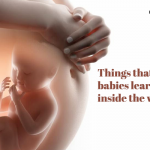 Things that Babies Learn Inside the Womb

Is your newborn baby reacting to your favourite song? You must be confused that how is this possible. Then you must know that babies can feel the activities of the mother while they are still unborn. The babies who are born and growing starts learning from their parents as well as from the surrounding environment. […] 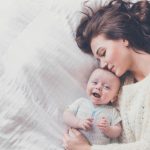 Know about Proper Care During Pregnancy

Pregnancy is a moment of joy for mothers and family members. While adding another part in the course of their lives, women may experience nervousness and have various queries related to it. Both prenatal and postpartum care is essential to have a healthy pregnancy and childbirth. It includes different procedures and counselling session that ensures […] 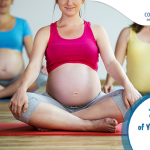 7 Benefits of Yoga during Pregnancy

Yoga with its holistic approach to exercise is unquestionably India’s healthiest export to the world. The Western world in particular have lapped up this ancient fitness regime as a spiritual conduit to attain mental and physical nirvana. Yoga’s be-spoke gentle exercises as opposed to high-intensity workouts are of significant benefit to women in a pregnant […]