Home > Cord Connect > Pregnancy > Expecting twins? Your Babies will Surprise and Delight you!

Being pregnant is a wonderful experience in itself, but when you’re expecting twins, the joy is (literally) twofold! Being pregnant with twins is twice the fun of a normal pregnancy – you will get much bigger, your babies will kick in tandem and you will have two bundles of joy after nine months.

But how do twins grow inside the womb? Most mothers expect double the amount of morning sickness and double the pregnancy weight gain with twins, but this is not true. The symptoms of pregnancy will normally be as much in intensity as that of a single baby.

This is how a twin pregnancy goes week by week:

– In the first few weeks after conception, you will not have an idea that you are expecting two babies instead of one. The earliest this fact is revealed is in the second month by an ultrasound. By then, however, the process of development of their bodies has already begun. Both babies develop in separate sacs with their own amniotic fluid.[1] Just like in a single baby, they will have started the process of developing a large head, paddle-like arms and legs and a largely undefined torso.

– By Week 20, each of your babies will be about inches long.[3] Your pregnancy will now be apparent since your belly will protrude noticeably. Your babies’ kidneys and lungs are in a crucial state of development at this time. The babies also start discharging minute amounts of waste by now. Each of your babies will weigh about one pound by now.

– By Week 28, both babies develop hair on their heads and they each weigh about three pounds. The best part is that your babies can now open and close their eyelids, which you can see on an ultrasound. They will also respond to the sound of your voice, sudden loud noises and even music. Reading to them and playing soft music is essential.

– By Week 32, your babies will grow to about four pounds and move quite a lot. However, you might not be able to tell which baby is moving. Since the babies have already grown quite a lot in size and weight, you will feel extremely heavy by this time and constant pressure on your bladder and pelvic floor.

– By Week 36, your uterus will have expanded to its full capacity, so your babies will not be able to move around as much as before. They will have reached about five pounds in weight. 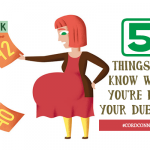 Five Things to Know When You’re Past Your Due Date

Your due date come and gone, the hospital bag is all packed, and the nursery is all setup. Yet you find yourself still pregnant and anxiously waiting for your little one to make his/her debut! If you are wondering what to do when you are past your due date, here are some things to consider: […] 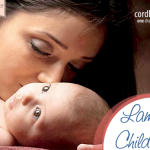 Lamaze Childbirth: What exactly is it?

The Lamaze technique of childbirth encourages mothers to deliver their child in the most natural way possible, with minimum medical intervention. Childbirth is both exciting and terrifying by turns. Every expectant mother is thrilled with the idea of finally meeting her precious child, but also worried about the birth process. Mass media has already painted […] 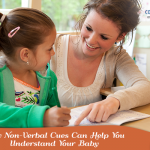 How Can Non-Verbal Cues Can Help You Understand Your Baby

Has it ever crossed your mind about when your little one will finally start following your directions? Is responding positively to your directions something that you wish to encourage in your baby? And is there an easy way to make a better listener out of her? What is the way forward so that you can […]