It interesting to know, human embryonic stem cells are able to differentiate into a very wide variety of other types of cells. This is a great source that will help in the future to overcome many different human diseases. To identify this and the possible use of it, a lot of studies have already been done.

While collecting bone marrow is a long procedure requiring anesthesia, collecting cord blood is an easy process for the mother and the newly born baby to be pain-free. Human umbilical cord blood cells are very rich in stem cells and progenitor cells, making them the perfect place to remove cells and then store them in a bank of cord blood or stem cells.

Studies have shown that stem cells are capable of treating certain diseases that are not treated with medicine.

New research shows that stem cell therapy may be used in the future to alleviate Parkinson’s disease motor symptoms.

The most common treatment for Parkinson’s disease is based on enhancing dopamine – modulating therapies in the brain’s nigro – striatal pathway. The treatment, however, has considerable long – term limitations and side effects.

Some of the researchers said that a better way to help people with PD is desperately needed. It’s growing worldwide. There is still no cure, and in coordination and movement problems medicines are only part of the way to be fully treated. They also added that the use of stem cells as a source of transplantable dopamine-producing nerve cells could revolutionize the care of the PD patient in the future if stem cell therapy becomes successful. A single operation could potentially provide a transplant that would last throughout the lifespan of a patient, reducing or avoiding the need for dopamine-based medication altogether.

Researchers also said that by stem cell therapy, we are moving into a very exciting era. The cells of the first generation are now being tested and new developments in stem cell biology and genetic engineering promise even better cells and therapies in the future. There’s a long way to go in showing how well stem cell-based reparative therapies will work, and a lot to understand about what, where, and how to deliver the cells, and to whom. But the massive technological advances over the past few years make it tempting to speculate that cell replacement may play an increasing role in at least alleviating motor symptoms, if not others, over the coming decades.

Researchers have also identified that some of the substantial biological, practical, and commercial barriers still need to be addressed before routine therapy could be developed. 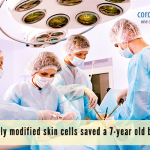 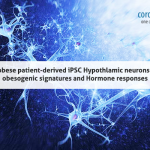 Obesity is a growing concern for the upcoming generation, and it has been a leading health problem for people across the world for many years now. Most surprisingly, we did not have any potential therapeutics to ward off its complications, adding to our woes and dilemma. The reasons could be a lack of transparent methodical […] 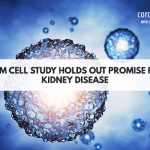 Days of clinical research empower scientists to discover novel methods using stem cells to develop more humanlike tiny kidneys. This is something, which is not as new to us as we had enough of such research-based organ development for kidney impairments earlier as well. More the number of new methods to investigate etiologies of kidney […]