If we had to choose between the natural and the artificial, undisputed, we lean towards the natural product unless the artificial one has undeniable properties. Nature has equipped womankind with ready made milk when they give birth to their child. Probably, this was nothing but the only option early humans. Since there was no rearing of cattle or no scope to feed the infant with formula milk, the breast milk was nothing but necessary and so was it rewarded to women. But with the generations passing by, humans became more civilized and discovered and invented many things to make their lives comfortable. Alternative sources of milk thus became extensively popular and a source of debate while attracting criticism.

There had been extensive distribution of literature on the benefits of breastfeeding for ages and it is an apparent fact that all the women want to feed their child with this exclusive food source meant only for their offspring. However, due to work commitments, health reasons or time clashes, many of them are unable to feed their younger ones.
It has been considered for years that mothers and babies enter into a special bond while the baby is being fed. However, mothers who feed their infants with formula milk can build a stronger bond too with their care giving and affection. Keeping the debate aside, many pediatric academics globally suggest feeding the baby for at least 6 months with breast milk exclusively and for one year with top foods.

Let us understand the benefits of both breast milk and bottle milk to let women choose the option that they are comfortable with.

Benefits for the baby:

With the established factors, it is upto the mothers to decide on the effective method of feeding that is in the best interest of their child after considering the entire circumstances surrounding them. Since both the methods have their own advantages and disadvantages, any method chosen should be trusted as the best source for the child. 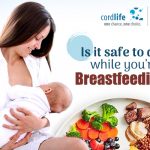 Is It Safe To Diet While You’re Breastfeeding

During these nine-months’ long journey, while you were waiting to hold your little one in your arms, it was not unnatural for you to gain some weight and look fat. Mostly through the calorie-intake from your food. However, once your baby has popped out, and you’ve have started breastfeeding, you might think that you’ll lose […] 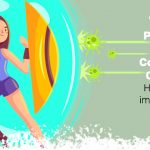 Pregnancy During Coronavirus Outbreak: How To Boost Immunity While Pregnant?

Pregnancy is a time to take utmost care of your mental as well as physical health. Increased sensitivity and changes going on inside your body can make you feel a bit gross at this stage. COVID-19 outbreak has already threatened the humanity and this is the time we all need to be careful with our […] 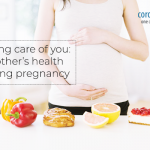 Taking Care Of You: Mother’s Health During Pregnancy

To allow your bundle of joy to achieve a healthy birth, you need to be careful and follow safety and nutrition tips to stay healthy for yourself too. When you are through your pregnancy stage, it is crucial you do not engage yourself into something, which could be harmful for you and your baby. Here’s […]