Injuries or trauma that occurs before, during or immediately after the birthing process is known as birth injuries. Birth injuries are unfortunate and often occur due to medical negligence. While some injuries are mild, others can be severe and life threatening. Some injuries even leave the child disabled for a lifetime.

Birth injuries can affect any part or organ of the infant. Organs are delicate and vulnerable during birth and a little bit of mistake can cause an injury. The most common injuries are listed below.

Brain is delicate during birth and easily prone to injuries. The most common brain injuries are as follows.

Fractures are quite common, especially during breech deliveries. The most common fractures are collar bone, bone cartilage and long bones.

Injuries to the cranial nerve can cause partial face paralysis, where the infant would not be able to move one side of the face. This is usually caused by improper use of forceps. Mild cases may heal naturally; however, serious cases require surgery.

Spinal cord injury is a serious matter and can lead to hemorrhages, respiratory failure, and overall weakness.

This kind of injury usually affects the liver in the worst way. However, other organs in the abdominal area can also get affected.

The small blood vessels in the eyes of the baby, breaks or tears during delivery causing mild to severe injuries.

Babies release a type of faeces called meconium, after birth. If a baby discharges this waste inside the womb and then inhales or swallows it, they develop MAS, which can cause difficulty in breathing, lung damage, or even death.

Birth injuries are more common when:

Treatment of Birth Injuries Depending on the extent or severity of the birth injury, it can be treated with surgery, medicines, and physical and occupational therapies. Major injuries like Cerebral Palsy have shown improvement with baby’s cord blood stem cells. 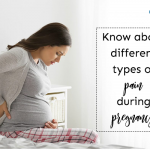 Know About Different Types of Pain of Pregnancy

Each and every people have different kinds of pain but the pain a pregnant woman feel is somewhat different from the others. So it is very important to know about different types of pain during your 9 months of pregnancy that can become helpful for you. Abdominal (stomach) pain It may be alarming, but during […] 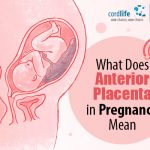 What Does Anterior Placenta In Pregnancy Mean? 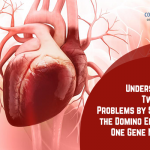 The main function of cardiomyocytes, the heart muscle cells is pumping blood to other organs of the body. However, they can also carry genetic instructions and function as a nerve cell, liver cell, intestinal cell or any other cell type in the body. Dr. Deepak Srivastava says, “At the moment in time that the fetal […]