Ginger, with its medicinal properties, is known to aid indigestion and saliva flow, therefore keeping the morning sickness and vomiting absolutely under control, during the first trimester of a pregnant mother.

But, once the baby pops out, and a new mom undergoes several changes – both physically and emotionally, she very often wants to know, if consuming ginger, will be beneficial for her and her baby.

Benefits of Ginger During Breastfeeding

Ginger, which is made up of 400 different compounds like terpenes, phenolics, phytosterols, etc benefits the nursing mum is various ways:

Ginger Acts As a Pain Reliever

A new-mom, after the delivery of her baby, doesn’t go back to normalcy immediately. She will have to endure a few headaches, muscle aches, pains and cramps for a few months. Having ginger baked into cookies or bread or topped on as salad dressing can be really helpful for a new mother. After all, ginger has anti-inflammatory properties in it. And it helps in relieving pain that a new-mum goes through.

Post-delivery a nursing mother has to battle with a series of discomforts like gassiness, constipated, dizzy and nauseous, just like her pregnancy days. Studies have shown that, adding a considerable portion of ginger in the daily diet can keep these discomforts at bay.

Ginger Helps in Boosting the Immunity

Since time immemorial, the anti-bacterial and anti-fungal properties of ginger have been helpful in warding off the infections that can cause cold, flu, fever and inflammations. As far as a new mother is concerned, after the delivery of her baby, her immune system is compromised, thus making her susceptible to the above-mentioned problems. She is, in fact prone to cold, flu, fever and other kinds of infections. And, consuming ginger, will play a vital role in boosting a nursing mother’s immunity and keeping her body warm.

Although there’s not much evidence found about the effectiveness of ginger in boosting the milk supply in a breastfeeding mother, however a study from 2016 indicated that, ginger is a form of a galactagogue and consuming it can stimulate breast milk production.

But, Having Ginger in Moderation Is The Key!

We just talked about the various health benefits of ginger, however there’s a saying that, “Too much of anything is bad”.

An overdose of ginger can lead to diarrhoea, heartburn, abdominal problems, throat irritation and several other health condition in a new mother.

Moreover, during delivery, a new mum faces a significant blood loss, therefore consuming ginger in large amounts, should be restricted.

If you’re new mother and you are on lookout for that “magical” quotient to curb, the bodily discomforts, ginger should be the answer to your prayers. However, do consult your doctor as he able to tell you, how you may include ginger in your diet and in what quantity. 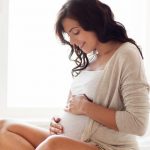 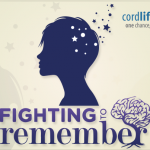 Could We Reverse Alzheimer’s Disease With Stem Cells?

Have you ever thought about bringing back the memories of those who are currently fighting to remember? Imagine if you could cure about 4 million Indians living with Alzheimer’s disease (AD) that is expected to triple by 2050. It’s not a small task by any means. Recently, Hong Kong’s South China Morning Post newspaper published […] 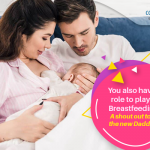 Role to Play In Breastfeeding – A Shout Out To All The New Daddies!