Children’s Day in India is celebrated on November 14, to commemorate the birth date of India’s visionary statesman, Jawaharlal Nehru. On November 20, the world will mark the observance of the Universal Children’s Day, to commemorate the date on which the United Nations General Assembly adopted the Declaration of the Rights of the Child in 1959 and the Convention on the Rights of the Child in 1989. As UN Secretary General Ban Ki-Moon puts it, “Every child has the right to survive and thrive, to be educated, to be free from violence and abuse, to participate and to be heard.” If you are expecting a baby or are planning a family in the near future, it is time you consider not just birth, but giving the gift of life to your little one by securing his/her future. The best way to ensure a long life for your to-be-born, is by banking their stem cells at birth.

According to statistics released by the WHO, approximately 5% of the population of the world carries genes for various haemoglobin disorders, including thalassaemia and sickle-cell disease. The WHO has also revealed that more than 300,000 babies are born across the world each year with severe haemoglobin disorders. The only treatment available for blood disorders, including many types of cancer, is to transplant stem cells from a compatible source, preferably those of a close relative, if not the person’s own banked Umbilical Cord Blood cells. This source was earlier discarded as medical waste but has proved its worth in treating a wide variety of ailments.

While the aim is not to cause panic, it is important to be well prepared for health issues and the best form of health insurance is to ensure that you have the best treatment available. This is where stem cells come to the rescue. By checking out your options for banking your baby’s Umbilical Cord Blood during pregnancy or even before, you can make sure that you have the best tool in hand to cope with a wide variety of diseases, above and beyond blood disorders.

The technology for Umbilical Cord Blood (UCB) banking has improved over time due to the emergence of professional organizations and their published standards. According to a study published recently in the Indian Journal of Medical Research, almost 70% of patients from India are unable to find a match within their own family when they require bone marrow or stem cell transplantation. There is an urgent shortfall of supply versus demand for UCB units but the situation is likely to improve in the future. As this practice grows and matures in India, it will provide a diverse source of high quality grafts to seekers of similar genetic pools around the globe. 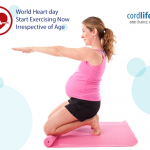 40 Minutes of Exercise Can Help You Live Longer

About 1.7 million Indian hearts stop beating every year. In 2012, one in four Indians died of cardiovascular diseases, according to the World Health Organization. The death rate from cardiac disease was one in five in 2000. India is experiencing a cardiac disease epidemic, says an article published in NDTV Food in June 2015[1]. And […] 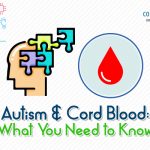 Autism and Cord Blood: What you need to know

Is it possible to imagine a world free from Autism? Or practically a world where medical feats help to treat Autism back to normalcy? This wishful thinking might just translate into reality. Thanks to the research on regenerative medicines using cord blood cells. Recently, a group of researchers have been working to discover that cord […] 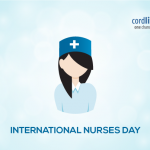 How Important are Nurses in Stem Cell Banking?

Nurses can be the primary source of information and cord blood collection, at every stage of the delivery process. All around the world, despite huge technological advances and development of scientific methods to combat hunger, poverty and even disease, the indelible fact of life is that people still continue to be sick and they require […]