The Kumar family from India found out that their 18-month-old daughter was suffering from Thalassemia, a serious genetically inherited blood disorder that severely hinders the body’s capability to generate hemoglobin. Due to this lack of hemoglobin in the body, adequate oxygen and nutrients do not reach the body’s tissues ultimately resulting in anemia. The typical course of therapy available to Thamirabharuni Kumar was monthly blood transfusions for the rest of her life.

This would at least supply her body with healthy amounts of hemoglobin. The doctor overseeing Thamirabharuni’s treatment suggested to her parents to consider the option of having a second child. With more and more scientific evidence pointing towards the greater success of umbilical cord blood transplants in the case of thalassemia patients, it was worth giving a shot. Sibling’s umbilical cord blood stem cells have a 75% chance of being the perfect donor match which is critical in executing the transplant. Without a perfect donor match especially in stem cell therapies, it may reduce the risk of rejection or graft-versus-host disease.

Post five months after conception, doctors performed extensive in-utero testing on the fetus in order to determine that the baby in the womb had not inherited thalassemia too. Another series of testing ensued that finally allowed the team of doctors to ascertain that the sibling was a perfect donor match for his sister.

The transplant was performed at Apollo Speciality Hospital in Chennai by a team of doctors. Whilst the transplant was a success, Thamirabharuni would have to take immune-suppressing drugs for one year. There existed a possibility that she would be vulnerable to infections due to this. Additionally, there also was the probability of her developing graft versus host disease, although having a perfect match from a sibling reduces this risk significantly. Over time, the risks of rejection and of graft versus host disease will decrease.

When asked about her experience, Thamirabharuni said, “When they used the needles for blood transfusion it would hurt and sometimes they would never get the vein but still I had to go for blood transfusion every month.” She added, “My brother’s cord blood saved me or I knew I wouldn’t have been alive for long. I love my brother.” 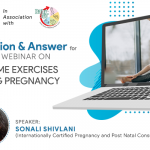 WHAT IS THE RIGHT TIME TO EXERCISEThe exercises can be performed as per your convenience, as long as you get them done.1. Which trimester should one start exercising?You need to check with your doctor before you begin exercising. If you have been exercising regularly and pregnancy is healthy then you can exercise all through pregnancy. […] 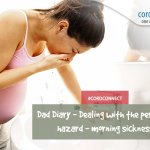 It was almost one and a half month that we found that we were pregnant. Both of us are equally excited about our first-born. But along with the joyride that pregnancy brings in, there are a number of perennial hazards too that an expectant couple face. While the mom actually goes through the pain and […]