Jandy Nelson of ‘I’ll Give You the Sun’ said, “You have to see the miracles for there to be miracles.” And that is exactly what I witnessed.

My next door neighbor in Jowitt Road, Hartlepool (UK) Eric Thomson had been diagnosed with Multiple Sclerosis (MS) almost four years ago. A father of five, his condition deteriorated extremely quickly to the stage where he lost the use of his right hand and leg. He feared that he would never ever walk or play with his children again. Confined to a wheelchair, he was unable to carry out even basic day to day tasks like washing himself, making a cup of tea and cutting up his own food.

NHS in the UK informed Eric and his family that there was no further treatment available that could help Eric get better. After tons of research online, they heard of the Riaz Clinic in Mexico where he could receive a Hematopoietic Stem Cell Transplantation. The NHS in the UK does not offer HSCT as a therapeutic option for MS patients. However, it is currently under trials, according to the Multiple Sclerosis Society.

At this point, all Eric hoped was to stop this rapid progression of the condition further and restore some form of mobility in the affected area of the body. He was even willing to try stem cell therapy to be able to do that.

Different from most cells in the body, stem cells are often claimed to be ‘building blocks in the body that carries with it the potential to develop and multiply into various cell types. The tissue additionally acts as an intramural reparation system that proliferates and replaces cells as they die out.

Eric’s family and friends raised GBP 40,000 which was the full cost of the operation. A very close family friend, Angela Crowe led this campaign and organized various events including a Calendar Girls style calendar, a Ben Nevis Trek and numerous fundraising nights.

Eric with his wife Joanna traveled to the clinic on June 19th. Arriving at the clinic, he went through a series of fitness assessments and rounds of chemotherapy before progressing towards stem cell transplantation.

The transplant took place on July 3rd. During the procedure, the medical team extracted the stem cells from the blood. Chemotherapy was then used to wipe out the diseased cells in the system. The stem cells were then injected into Eric’s body to restart the system.

Just days after the surgery, Eric felt a difference and was able to regain some mobility in his right hand.  He was so happy and this is what he said, “I am not joking when I say I have seen some superb improvements already. I am 6ft tall again and getting feeling in my right hand, so the guitar might be making a comeback. It’s amazing what 377 million stem cells do. I knew it could take up to two years before there may be any results, so to get that result so quickly has been amazing”.

Eric felt that the team at the Riaz clinic was fantastic, who motivated him towards a speedy recovery. “My treatment has finished and I am now just undergoing regular blood and neutropenia,” said Eric.

He landed in the UK on July 17th, just a month after the surgery. Ever since the day Eric was diagnosed with MS four years ago, his family had been compelled to witness this devastating deterioration and how his entire life had undergone this change. This dramatic progress in his state not just uplifted his health and morale but was liberating for his family too. 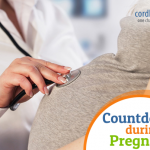 Counting Down the Crucial Pregnancy Weeks

The last few days of pregnancy are amongst the most daunting of any woman’s life. Once week 33 commences, every expectant woman is counting down to day of delivery. As an expectant mother, you cannot wait to give birth and hold your new baby for the first time. This anticipation grows in the last few […] 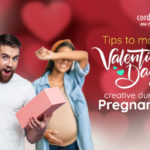 Pregnancy is one of the most beautiful emotions of your life. Seeing your baby bump growing gradually along the journey makes you smile. But we know that, you can’t say “no” to the various pregnancy challenges and bodily changes that come along the way. It is your right to feel good from inside-out. The news […]