We are well aware of the link between diabetes and obesity. While the exact etiology of diabetes is still unclear, there are some factors, which double the risks of glucose intolerances in us, and obesity or weight gain are amongst those factors. With the body mass index or BMI being at 30 or more, it fosters the development of Type 2 diabetes in obese people, as opposed to those having a BMI of less than 22. Simultaneously, obesity or overweight is believed to cause Type 2 diabetes at the rate of 80-85%.

Obese people tend to have excessive fat around their tummy, and it appears to be susceptible to “pro-inflammatory” hormones, making it less responsive to insulin. As a result, it contributes to the development of diabetes in obese people.

However, you can do away with this problem using skin graft gene therapy. This is how the scientists at the University of Chicago promise to do for those suffering from diabetes and obesity at the same time. By revealing the results of their latest finding in the journal Stem Cell, they proved that using CRISPR gene editing technology, skin grafts can be developed. And this skin graft is capable of reducing the signs of obesity and diabetes in mice.

Since the engineered skin graft can have a longer lifespan for the mice, it is conceived to use the technique to treat a range of conditions in human as well.

The Findings of the Study

The clustered regularly interspaced short palindromic repeats or CRISPR technology were used to create a skin graft by manipulating the genome with greater efficacy. Xiaoyang Wu, assistant professor of the research, believes that this finding could turn out to be a cheaper form of stem cell transplant with a better outcome. If its efficacy stands potential for humans, it is effective in warding off a wide range of conditions including genetic disorder hemophilia.

The gene-editing using CRISPR is quicker and safer as compared to current methods of DNA patch editing in humans as they pose some risks. The administration process of the skin grafts in humans is easier, while other processes of the introduction of genes require a viral delivery, prompting for the development of tumors, and also interfering with immune responses in them.

As far as the engineered skin graft is concerned, they are easily accessible, and the risks are more likely to be removed with a quicker effect.

Observation of The Study

Using CRISPR technology, an engineered skin graft was developed to use on the mice in the lab. It targeted the mutations in the GLP-1 gene to stabilize it and secrete it in the bloodstream. Mice having skin grafts dropped their glucose levels as their insulin level rose on a normal diet. While mice on a high-fat diet became obese, but their weight reduced once an administration of GLP-1 in their bloodstream was introduced coupled with the drug doxycycline. So, the engineered skin graft technology is promising not only for diabetes, but also for obesity.

With CRISPR gene-editing technology showing some fruitful results for alleviating the symptoms of diabetes and also obesity together, we can hope that this stem cell therapy could relieve many conditions associated with metabolic disorders too. 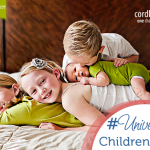 The Gift of Life: This Universal Children’s Day Store your Baby’s Stem Cells 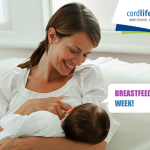 World Breastfeeding Week – What it means for your Baby 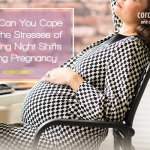 How can you cope with the stresses of working night shifts during pregnancy?

Pregnancy needs care! You might sign up to work during the first few months of your pregnancy, as you don’t want to get restricted in a room, all day, whole day. You might also want to catch up with your office friends and talk about your experiences. Or simply, you could choose to work, because […]