Sickle cell disease is often thought of as a disease affecting people with dark skin, and a majority of patients – researchers estimate 60 to 80 percent – are African-American, but other races are also affected. People of Indian, Middle Eastern, Hispanic and Mediterranean heritage are also commonly affected, says an article published in the New York Times[1]. Sickle cell anaemia patients need comprehensive care throughout their lives. Ground breaking treatment through stem cells for genetic disorders could help treat Sickle Cell Anaemia.

What is Sickle Cell Anaemia?

It is a genetic disorder where the red blood cells carry a certain type of haemoglobin named “haemoglobin S” resulting in the cells to form shapes similar to a sickle. These cells have lesser oxygen carrying capacity as well as get stuck and break up while passing through small blood vessels. A person gets the disease only when he/she gets the sickle hemoglobin gene from both the parents. If one gets the gene from only one parent and a normal gene from the other, then you have ‘Sickle cell trait’.

Symptoms only start to appear at around 4 months of age. Painful episodes known as Crises are common in sickle cell anaemia patients. Crises are characterised by severe pain in lower back, legs, joints and chest which may go on from hours to days. Young children with sickle cell anaemia have paleness, rapid heart rate, shortness of breath and yellowing of eyes and skin due to jaundice. When small blood vessels get blocked by the abnormal cells, it may result in painful or prolonged erection, poor eyesight or blindness, problems with thinking and ulcers on lower legs. With age, the spleen stops working and it may result in a host of other infections such as bone infection.

People with sickle cell anaemia might have to undergo regular treatments irrespective of the problem causing symptoms in order to minimize their future occurrences. Blood transfusions may be done at regular intervals in order to minimize the risk of a stroke due to small blood vessels getting clogged. Patients also take pain killers and antibiotics to combat the effects of the disease. Research has shown that treatment through stem cells for genetic disorders could cure sickle cell anaemia.  In a Case Study by the National Institute of Health,US (2004-2013)[2], thirty sickle cell anaemia patients aged 16 to 65 yrs first went through a toxic regime to kill their marrow and then stem cell transplant. Researchers found that 87% of the patients responded positively. One of the major concerns voiced against treatment through stem cell for genetic disorders like sickle cell anaemia is that patients often cannot find donor cells. Cord blood therapy helps to resolve this issue. Cord blood cells from an immediate family member can help treat the disease reducing the risk of rejection by the body. 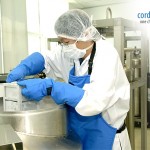 Stem cells are those cells that can regenerate and get divided into three different categories of cells, namely the red blood cells, white blood cells and even platelets at times. These cells are available in different parts of the body the most common being the spinal column. But the procedure done to extract these cells […] 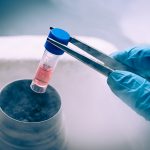 The blood that remains during birth in the umbilical cord is called cord blood. This blood is normally discarded. However, cord blood bank uses amenities to store and preserve a baby’s cord blood. If you are considering to store the cord blood of your baby, be sure to use a cord blood bank accredited by the American Association […] 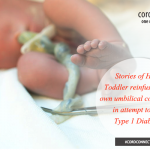 Stories of Hope: Toddler reinfused with own umbilical cord blood in attempt to halt Type 1 Diabetes

Stem cells have been the reason for so many successful clinical trials for decades. It has not only been proven effective for more than 80 diseases and disorders, but it has also been responsible for various miraculous stories. Lucy Hinchion has such an inspiring story. She is the youngest child in medical history, who has […]