It is because of the jaws, all vertebrate mammals can consume food using various techniques like biting, chewing, and managing food. But, did you know which chemical is behind the formation of this framework of the mouth?

We would have not developed our upper and lower jaw, as well as teeth buds, palatal shelves, including some parts of the brain and bones, had there not been SATB2.

Special AT-rich Sequence-Binding Protein 2 or referred to as SATB2, is a DNA binding protein. We can find it through an expression of epithelial cells of the colon and rectum, and also in the neurons of the brain. It plays an active role in remodeling chromatin and regulating gene transcription. Its capability to bind AT-rich DNA sequences is known as a matrix attachment region or (MAR). And because of MAR, it can encode proteins in the body.

While a mutation in SATB2 is a leading cause of a range of diseases like osteoporosis, neurodevelopment disorders and impaired speech, it exposes us to colorectal cancer too.

A cancer of the colon, which is a global threat to put the patients’ life at stake worldwide. Being a metastasis, it is resistant to various cancer drugs and therapies including chemotherapy, radioactive treatments and others. Thus, patients can experience relapse risks once their cells in the tumors resurface to bother them again, and gradually drive them over the edge of death.

This new discovery has been brought into the limelight by the researchers at the LSU Health New Orleans School of Medicine and Stanley S. Scott Cancer Center. They reported it in their online publication in Nature Research’s Scientific Reports. As per their findings, SATB2 is a novel proteins, which dwells close to the colon, and becomes malignant.

Since it has metastatic characteristics, it can grow faster and spread, and also mimic other stem cells in the body to turn as cancer stem cells.

Elaborate View On The Finding

SATB2 is a protein with an inbuilt capacity of on/off signaling pathway. By using that switch, it instructs a certain cell in the cancer cells to get activated, or get deactivated. With an activation of certain signals, cancer cells can turn into cancer stem cells, and seem to perform as instructed by the signal.

In order to gauge the performance of SATB2, the research team developed extra copies of the same proteins in normal cells. It was revealed that these cells had evolved to differentiate and proliferate as a cancer stem cell with an enhanced growth rate.

And once the SATB2 expressions are turned off, they do not mimic the characteristics of cancer stem cells, and the growth of colon cells is also suppressed. Along with this, it fosters the prevention of cancer cells from transforming into cancer stem cells.

Dr. Shrivastava believes that it is possible to bring about a new drug or therapy, and better diagnosis process based on the finding of SATB2’s higher expression capacity in the colorectal tissues or cells. In addition to this, it could be used as a novel marker to identify the severity of colon cancer in the patients.

Now, we can be hopeful about the new finding of an agent which can prevent SATB2 from affecting stem cells in the colon tissues to cause colorectal cancers, and other forms of cancer too. 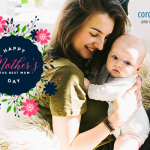 Celebrate the Feeling of Becoming Mother on the Mother’s Day!

“A mother’s love for her child is like nothing else in the world. It knows no law, no pity; it dares all things and crushes down remorselessly all that stands in its path. – Agatha Christie”  It’s an auspicious day of celebrating a bond between the mother and the baby. It is celebrated on the […] 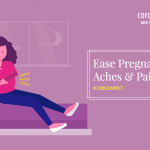 Though the learning that you’re pregnant comes to you as a blessing, but the 9 months that are to follow will bring for you a set of physical challenges and emotional mood swings to deal with! A woman’s body undergoes layers of changes during the pregnancy phase. And aches and pains are a part of […] 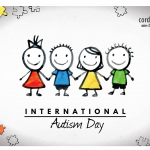 2nd April is recognized every year as the World Autism Awareness Day by United Nations in order to spread awareness about the disorder throughout the world. Autism Spectrum Disorders (ASD) is a neurodevelopmental disorder that affects the communication and behavior of the individual. This disorder may occur at any age, it is mostly diagnosed in […]