Mobile phones, tabs, PSPs and laptops – the average toddler has most likely logged in hundreds of hours on digital technologies before they are even admitted into playschools. The presence of these accessible digital technologies in turn has transformed traditional parenting methodologies.

Digital technologies today do provide parents with certain advantages like entertainment on the go or simply to keep track of their toddlers. However, the downside is parents are making more decisions, having to research a lot more, make new rules with their children because of this.

When Sunita first became pregnant 14 years ago, there weren’t so many online forums or websites to refer to. To Sunita, her pregnancy meant, delving into an entirely new world of motherhood. Traditional mediums of information like buying a copy of “What to Expect When You Are Expecting” or notching it up with reading articles on Baby Centre online was the furthest she went. Best advice and suggestions always came from family and friends.

Sunita had no idea that there were this many facets to a pregnancy, or raising kids and so many people debating possibilities on so many multiple parenting ways. She says, “If I screwed up, there wasn’t a stranger with an iPhone nearby to snap a picture and write “An Open Letter to the Mom Who (Insert Screw-Up Here)” and post it on Facebook to go viral. I couldn’t go online and discover that a large number of moms or doctors felt that whatever method of sleep-training I used (or didn’t) was going to leave my children socially isolated and unable to love for the rest of their lives.”

Today, many parents are using digital platforms as a babysitter. Alexis Lauricella, a researcher at the Center on Media and Human Development at Northwestern University in Illinois says, “We felt like we kept seeing iPads at every restaurant we went out to with every young child. We wondered: Was that really the case? Are parents just forking over an iPad to keep kids quiet?”

This helped Alexis Lauricella and colleagues to launch a research in which they survey approximately 2,300 parents on both traditional and digital parenting.

According to the survey, almost 70% of the parents reported that digital aides like smartphones and tablets did not make the job of parenting any simpler. What most parents tend to do is to use the gadgets towards creating a temporary distraction or even to appease an upset child. More often than not, access to these devices and digital platforms could be a reward for good behaviour too.

However, with constant access, parents are making many more decisions than one would have made even 10 years ago during traditional parenting days.

Lauricella says, “There really are a lot more options, which means parents have to dig into them a little bit more. Growing up, we had a PBS station — and that’s basically what my parents considered good television, and that’s what we were allowed to watch. It’s not that easy anymore.”

When Pregnant, You need to Follow These Care Tips 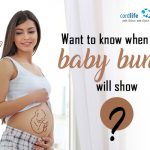 Want to Know When Your Baby Bump Will Show?

You are about to be a mother, and your excitement is through the roof. While symptoms like the dreaded morning sickness are too obvious to ignore, you might have some other questions. Most expectant mothers want to know when their pregnancy will be visible to others.  If you’re not ready to announce your pregnancy to […] 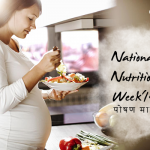 National nutrition week is an annual event that is introduced by Food and Nutrition Board, Ministry of Women and Child Development, Government of India. It is celebrated every year from 1st September to 7th September. The week is mainly focused upon the nutrition level of the common people so that it can have a good […]