Asterias Biotherapeutics is a biotechnology company, which is dedicated to regenerative medicine. Recently they have launched a new medicine AST-OPC1 that offers embryonic stem cell based treatment for patients with spinal cord injuries. The medicine was under trail for a while and now it has been declared completely safe and highly effective for patients with spinal cord diseases.

The trial involved injecting the medicine into the affected area and patients showed improvement in their upper body function within 3 to 6 months after the therapy. Asterias Biotherapeutics conducted a press release in June, 2017, in which they have clearly stated the effectiveness of the medicine. It also recorded the detailed results after 9 months of the trial.

It was conducted on 6 patients. Each one of them received an injection of 10 million AST-OPC1 cells after 2 to 4 weeks of their injury. After 9 months, it had been noticed that all the patients showed improvements in their finger, arm, and hand movements.

Spinal cord injuries affect more than 17,000 people around the world every year. With the announcement of AST-OPC1, certainly they now have hope to restore their upper body movements. Dr. Edward Wirth, Chief Medical Officer of the trial said, “The new efficacy results show that previously reported meaningful improvements in arm, hand and finger function in the 10 million cell cohort treated with AST-OPC1 cells have been maintained and in some patients have been further enhanced even 9 months following dosing.”

Coming back to the trial, it involved patients who were suffering from severe spinal cord injuries in the neck that resulted into lack of feeling and loss of neck down upper body movement. The team at the Asterias Biotherapeutics quantified the results of the therapy by referring them as “motor levels” of improvements. These motor levels were associated with different levels of movement abilities. In the press release, the team confirmed that restoring the movement abilities, “can result in lower healthcare costs, significant improvements in quality of life, increased ability to engage in activities of daily living, and increased independence.”

Earlier data from 62 untreated patients showed that 29% patients got back two motor levels of improvement with 1 year whereas AST-OPC1 promises massive improvements within 9 months. Dr. Edward Wirth also confirmed it when he said, “We are increasingly encouraged by these continued positive results, which are remarkable compared with spontaneous recovery rates observed in a closely matched untreated patient population.”

Two motor levels is equivalent to higher quality life. For any person suffering from spinal cord injuries or upper body paralysis, achieving two motor levels is a dream and with AST-OPC1 it does not seem a distant dream at all. 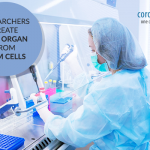 A new record was achieved in the U.S in the year 2017, when approximately 35,000 organ transplants were performed through organ donations. However, the hard truth is, in spite of such large numbers of organ donations, demands far outstrips supply. Nearly 126,000 patients are on U.S. waiting lists for various organs, including more than 103,000 […] 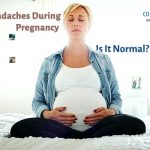 Headaches during pregnancy – What is normal?

Pregnancy is one phase that every woman wants to experience even if they are intimidated by its consequences. They equally are excited to hold their baby after all the turbulence that they go through. Despite knowing that they have to confront many discomforts during this spell, they bear it with a hope that everything will […]

Exclusive offer for Cordlife Clients To avail the Offer, Store Your Baby’s Stem Cells at The Time of Delivery with Cordlife India.   Cordlife customers can avail 50% discount on complete range of Certified Organic mother & baby care products from Life & Pursuits.  Terms & Conditions: The promo code is applicable for order value of Rs […]