Unexpected that unassuming mice and zebrafish can help repair damaged hearts, a new study has revealed.

The zebrafish has the ability to stitch its severed spine again and the mouse has a substance surrounding its hearts that can patch up the injured or broken heart.

The researchers injected the extracellular matrix of the zebrafish into the damaged cardiac tissue of a mouse. The Zebrafish cellular matrix enhanced the cell replication, tissue regeneration and also improved the functioning of the heart in the mouse. The research reveals that proteins play a very important role in this transformation.

The power to heal quickly is seen only in super humans and is referred to as a super ability. Humans cannot re-grow their limbs like starfish. But children who lose their fingertips provided the nail is still safe have found that their tips can re-grow again. With age this ability gets turned off. The study along with research is to help study the MNDCM so this ability can be turned on again.

Every year a few lakh suffer from heart attacks and blocked arteries. A blocked artery deprives the heart of blood and oxygen its basic fuel. The longer the blockage lasts the more cells die and the heart is damaged permanently.

When children are born they have a large number of heart muscle cells called mononuclear diploid cardiomyocyte or MNDCM. These cells have regenerative properties and can rebuild the heart muscle. But as we grow older the cells reduce leading to a heart attack. MNDCM are few and hence are not able to repair the damage caused by the heart attack.

After an attack the healing is a long process and once the cells are damaged the muscle cells cardiomyocytes are replaced by scared tissue, which cannot contract and pump. This further increases the stress on the remaining heart muscle and then leads to heart failure.

The researchers have found that a few mice have less than two percent of the MNDCMs while others have it in a larger percentage. Thus, those mice with a higher number of MNDCMs are able to regenerate the heart muscle after an injury or a heart attack. A wide genetic study has revealed the gene Tnni3k that plays a major role in generating the MNDCMs.

But it’s still a long way from being used on humans. This study is just the first step towards evolving a medicine. The Tnni3k can be modulated and hence can be used to create prescription medicine. The Tnni3k overtime can help contain more regenerative cells in adult hearts and prevent heart failure.

The ultimate goal of this research is regeneration of the cells to heal the body. Quick healing is useful in a young child, the body needs to regenerate.

It is likely that several things influence the functional and morphological outcome after a heart injury, which includes cardiomyocyte proliferation, cardiomyocyte hypertrophy, collagen deposition by fibroblasts (scarring), regrowth of coronary vasculature etc. 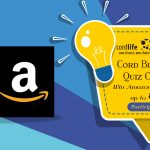 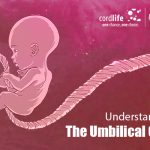 The umbilical cord is a connection between mom and her baby that begins well before the baby is born. Whatever the baby needs for survival inside the womb reaches him/her via this cord. Not only does it supply blood to the developing fetus, but it also carries essential nutrients to the womb. The Make-up of […]