Modern medical science has proved many old notions wrong. Our belief that the adult brain cannot grow new neurons, is one of them. Researchers now have proved that the stem cells, present in our brains can generate new neurons and the use of Prozac or any other anti-depressant drug may help in neurogenesis (the growth of new nervous tissue). The discovery has also led to new insights like how an adult brain functions and what it might take to treat brain-related conditions such as depression.

RIKEN institute researchers have developed a new and non-invasive technique to detect the generation of new neurons from the stem cells in the brain. Measuring new brain cells non-invasively was, however, a challenging process. Both the Magnetic resonance imaging (MRI) and the positron emission tomography (PET) scanning are risky and difficult to conduct and the signals, received are also non-definitive.  However, the RIKEN team has come up with the solution by adding proteins in the PET signals.

They used a clinically available drug in the PET process to block the transporter proteins. And the result was a clear neurogenesis signal. Yosky Kataoka, the lead of the team behind the study said, “This is a very interesting finding because it has been a long-time dream to find a noninvasive test that can give objective evidence of depression and simultaneously show whether drugs are working in a given patient.”[1]

The study was conducted on rats. The PET technique involves injecting a small amount of a radioactive tracer to stick to a targeted molecule in tissues, so that the scientists can scan and track the gamma rays, emitting from that region. The rats were divided into two groups. Over the period of a month, the first group was given a stress hormone, corticosterone in order to induce a depression-like behavior. And the second group received both the corticosterone and the antidepressant drug, Prozac.

After they scanned the brains of the animals, they found out that the radioactivity was prominent enough to tell apart the differences between the damaging effects of the stress hormone and healing effects of the antidepressant. The PET scan signal helped the researchers to detect a decrease in neurogenesis in the first group of rats, who received only the stress hormone, whereas they found a recovery in neurogenesis in the second group of rats, who were given both the hormone and the drug.

The enhanced PET imaging method not only proved that the adult brain neurogenesis can be detected and measured, but it is also able to track the dynamic changes in the rate of the progress due to the antidepressants. The results confirmed that the first group, treated with the stress hormone, corticosterone, showed about 45% fewer newborn brain cells, compared to the untreated animals. However, the second group, who received both corticosterone and Prozac, displayed no such result.

Even though the experiment was entirely done on animals, the team is now eager to apply this non-invasive imaging technique to detect and measure depression in humans. Kataoka confirmed, “Since it is known that these same brain regions are involved in depression in the human brain, we would like to try this technique in the clinic and see whether it turns out to be effective in humans as well.”[2]

EPIK MOM:   To avail the Offer, Please Store Your Baby’s Stem Cells at The Time of Delivery with Cordlife India. Share000 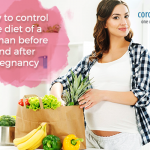 During and after pregnancy, the body of the pregnant woman provides the baby with all the elements necessary for its proper growth: proteins, fats, sugar, vitamins, and minerals. Therefore, it is important to eat well during pregnancy and breastfeeding. The energy and nutrient requirement is more significant during this time. Women who eat well during […]

Yoga Poses during Pregnancy and Pre-natal

Cordlife India is happy to share information on the correct yoga poses during pre-natal and pregnancy. Ensure that the correct yoga exercises are done for a safe and secured child delivery.  Click to read more on Yoga During Pregnancy Share000