The Imperial College of London has conducted a pilot study involving human trials of a stem cell treatment for acute stroke. The research, published on August 8, 2014, showed that five patients were treated within a week of a severe stroke. Of these five patients, four had a more severe type of stroke, and statistics showed that they had only a 4% survival rate with a slim chance of living independently after 6 months. The trials recorded that they all survived the initial phase and three were independent after six months. This only goes to show the importance of stem cell banking. With its scope growing by the day, soon no health condition might be dubbed fatal!

The Doors Opened by Cord Blood

Cell therapy gives hope to many people around the globe fighting different health conditions and terminal illnesses. Stem cell therapy endeavours to restore and regenerate cells that have been damaged or destroyed by diseases. Although these techniques are still relatively new, their applications and scopes put them at the pinnacle of bio-medical research. Today, researchers are battling conditions like diabetes, cerebral palsy and autism. All this has been possible only through the huge stock of cells made available via stem cell banking.

The world’s first clinical study to prevent or delay the onset of type 1 diabetes was conducted in Australia, using umbilical cord stem cells. Since then, numerous studies have been conducted all over the world. The hope is that by injecting these unique immune cells into the patient, the disease could be corrected and even prevented entirely.

Autistic children are found to have diminished oxygen supply to specific areas of the brain and suffer from immunologically centred inflammatory conditions. A breakthrough in bio-medicine occurred when mesenchymal cells were found to regulate the immune system. This line of research is said to be a ray of hope for many children suffering from autism, who are all now relying on donor matches from public cord blood stem cell banking.

This is a condition that relates to permanent physical disability, caused by damage to a developing brain. In their urge to find a viable solution, scientists tested the scope of cord blood in counteracting this condition. Although treatments like controlled hypothermia have shown some success, stem cell research in this field, shows a more promising path. Within a matter of six months, children in the clinical trials have shown a leap of improvement, and this just highlights the need for stem cell banking. 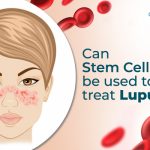 Can Stem Cells Be Used To Treat Lupus?

Under normal circumstances, your body’s immune system protects you from germs, bacteria, and viruses. However, when a person is diagnosed with Lupus or Systemic Lupus Erythematosus, their body can’t differentiate between the good and the bad and mistakenly attacks its own healthy tissues and organs. The symptoms of this autoimmune disease vary from person to […] 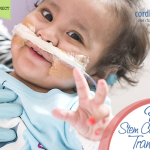 This is the story of a 16 year old girl from Kozhikode, Kerala, who was diagnosed with Acute Myeloid Leukaemia (AML). She was being treated at an advanced stage of the disease at Amrita Institute of Medical Sciences, Kochi. Leukaemia is a type of cancer affecting the blood and bone marrow, which produces our blood […] 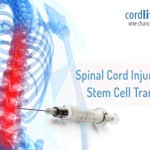 Conservative estimates suggest that the incidence of spinal injuries in India would be around 20 per million with 2,500 fresh cases added every year, often as a result of road accidents, says an article published in The Hindu in August 2013[1]. Spinal cord injuries can cause incomplete or complete non-functioning of the spinal cord. Spinal […]