A remarkable achievement in the world of regenerative medicine, especially for victims of severe burns and suffering from skin conditions, came forward when scientists reported that they were able to successfully engraft modified stem cells in order to grow skin over a 7 year old boy. Suffering from genetic disease known as Junctional Epidermolysis Bullosa (JEB), the 7 year old boy became gravely ill and was taken to Children’s Hospital of Ruhr-University in Germany in 2015. The condition was such that made his skin extremely delicate wherein a slight abrasion such a stroking or rubbing that made the skin to erupt.

When the boy was brought to the hospital, the team of doctors noticed that he was suffering from “complete epidural loss” over 60% of the body surface. In order to manage the pain, the boy was put on morphine and was fighting off a systemic staph infection alongside. Having tried their very best, be it antibiotics, multiple dressings changes as well as grafted skin donated by the boy’s father, his parents were told to be prepared for the worst.

We had a lot of problems in the first days keeping this kid alive,

Tobias Hirsch, one of the treating physicians, recalled in a conference call with reporters this week.[1]

Having no other ways to turn to Hirsch and his colleague Tobias Rothoeft started looking to medical literature in order to find a way out. They came across an article by Michele De Luca, of the Center for Regenerative Medicine University of Modena and Reggio Emilia in Italy, that described a procedure still in its experimental stages that would theoretically be able to produce skin cells.

Post contacting the author, De Luca flew to Germany and using the methodology detailed in her research article, harvested cells from a four-square-centimeter patch of skin on an unaffected part of the boy’s body. Having brought the harvested cells back to his lab, he then went on to genetically modify them in such a manner that it would no longer possess the gene that was mutated and caused the condition that grew the cells into patches of genetically modified epidermis. The research reported that, “the human epidermis is sustained by a limited number of long-lived stem cells which are able to extensively self-renew.[2]

Undergoing three surgeries over eight months, the skin that was genetically modified under laboratory conditions was then grafted over 80% of the boy’s body. Whilst the procedure was not approved, it was permitted under “compassionate use”, which gives exemption under conditions where there are no further treatments or therapy available.

During the waiting period, the 7 year old boy’s recuperation was spectacular.

The epidermis looks basically normal. There is no big difference

De Luca said. He said he expects the skin to last “basically the life of the patient.[3]

Whilst there are many challenges that De Luca will face to be able to bring this procedure up for medical approval, he says,

No matter how you prepare, it’s a bad situation. I will continue to study the procedure in two clinical trials that involve genetic diseases.”

On the other hand Rothoeft said:

The kid is now back to school and plays soccer and spends other days with the children.”[4] 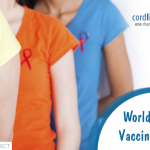 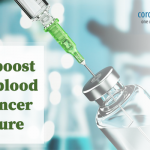 A boost in Blood Cancer Cure

Detection of leukemia in a person makes that person and their family worried about the patient’s life; but most of the people are now-a-days treated and they are getting cured by different types of treatment. Blood cancer is one of the life-threatening diseases throughout the world. Although medical science had delivered us with different treatment […] 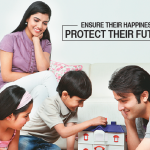 As a parent, you worry endlessly about your child’s safety and wellbeing. “Is everything alright?” “What will s/he grow up to be?” “Am I doing everything I can to give them the best?” are questions that often plague our minds.  With things around us changing at a break neck speed, doing enough will never seem […]