Everybody poops. But babies have a special power, I guess. Well, that’s the only thing that they can do, apart from eating of course, and we all did the same when we were babies too.

I’m Aryan, a young father and a complete novice when it comes to handling babies. I was super thrilled when my daughter Asmi was born. I took her in my arms and she was the size of a soccer ball. I couldn’t believe that Sanya (my wife) and I created such a beautiful thing!

A couple of months passed, waking up in the middle of the night, sleeping during the day, eating scraps at home became a routine (well, when you have a baby, forget about a lavish spread for a meal at home). As well as Sanya was handling being a mother, I was barely able to manage getting around my duties as a father. And the deadliest of them was the diaper change. I heard and saw a lot of tales of dads failing miserably in diaper change but never thought it would be so disastrous for me. Here’s the horror story – 10:30 am on a Tuesday morning. Sanya was busy on her laptop in the study (yeah, awesome of her boss to allow her to work from home till Asmi was about a year old). She was preparing to give a product demo to a prospective client and I knew that it was time for me to step in as the nanny. Asmi usually wakes up at 10:30 am. So I was pacing along the bedroom waiting to hear her cry as she wakes up. Bingo! Asmi did not cry, she screamed…And I was shaking as though I had seen a ghost.

I quickly went to her crib to pick her up and suddenly, my nose exploded! The stench was brutal. It could kill a rodent in a jiffy!! I put her on the bed and against all odds (my inner voice screaming to run) pulled her diaper out. The massacre was unbelievable. Poop all over. I had never seen so much poop in my life! I quickly disposed the dirty diaper, cleaned Asmi (all the time thinking that it will be over soon) and was about to put a fresh diaper, that I heard a sound, it was faint in the beginning but then the volcano erupted (this time a fart, and a really nasty one). All this while Asmi was in a jumpy mood, but the fart changed everything! She suddenly started laughing!! Oh My God, she looked like an angel!! I changed her clothes, gave her a bath and kept her breakfast ready (in my mind I knew that I have to encounter another ordeal in a couple of hours).

Being a parent is not easy. It takes everything you have to care for a baby but that one look at your baby’s face makes you forget every sleepless night, diaper disaster and tantrum that you go through.

Cord Blood Use In High-risk Pregnancies

Our cord blood stem cells have immense promise and use! It carries astonishing medical potential. This can be used to treat diseases and also be stored for many years. The stem cells contained in the placenta and umbilical cord blood cells help in medical treatment as well. From scientific research to genetic testing, the uses […] 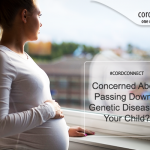 Concerned About Passing Down a Genetic Disease to Your Child?

Not all diseases are genetic. But what about the ones that may pass to your children? Some serious illnesses like sickle cell anemia, cystic fibrosis, Marfan syndrome, Huntington’s disease are genetic. What are the chances that your child may inherit the diseases from you or any of your family members? Many future parents are concerned […]

There are about 2 million Americans who suffer from Traumatic Brain Injuries (TBI) annually. The severity of the trauma may differ from patient to patient but leads to a wide range of motor, behavioral, cognitive as well as intellectual disabilities in the patients. These disabilities may be long term or short term. TBI is a […]