Researchers were wondering from ages as to what could be the actual cause of Huntington’s disease which causes involuntary jerky body movements disabling the victim to exhibit physical and mental coordination. The awkward bodily momentum gradually worsens after the initial unsteady gait putting the victim in jeopardy. Parental inheritance being the focal reason, this disease is hard to prevent and has been affecting millions of people globally without a documented cure. However, the available treatments reduce the severity of the symptoms and aid the victim in lessening the care giving requirements.

To enhance the quality of life of the global populace affected with Huntington’s disease, researchers are looking forward to get core advancement in finding an explicit medical solution. However, the extensive research to find the root cause of Huntington’s disease has enabled the researchers to get a key which can be a potential advancement in finding a generic solution to lessen the severity of the ailment. It is established that a mutant of the Huntington (mHTT) protein is the fundamental cause of the disease though the researchers are still unclear as to how it disturbs the brain cells’ function. As per the established findings of late, mHTT vitiates the cellular transport process adding to the neurotoxicity eventually resulting in loss of neurons.

Caused by an extended CAG repeat in the Huntington (HTT) gene, this neurodegenerative disease with mHTT plays pivotal role in disrupting the transport system of a cell which normally requires mobilizing multiple elements from its nucleus to the other parts and vice-versa. It has been pragmatically realized that mHTT creates aggregates in the central operations area that is in the nucleus preventing it from passing through the nuclear pores.  This pile up in the mHTT following the stagnation in the nuclear passages kills the brain cells by shutting them down.

The new fact discovered can drive the researchers to find out new ways to fix the cellular traffic jams there by aiding the process of finding new treatment methodologies for the Huntington’s disease. Although it is a fact that this step towards an advanced research in finding the cause for the disease is in the initial stage, the researchers are excited with their discovery as these findings are the stepping stones in conquering the Huntington’s disease along with encouraging the search for new therapeutic modules.

Biotech companies and pharmacy companies are looking forward to dwell on this very concept to capitalize it and bring into existence various therapies for biological processes. Hope they get abundant clues to prove the fact that early birds get quick worms in the course of their research. Ultimately, it is the millions of people who are affected with the Huntington’s disease who get the best of the research. 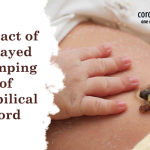 The umbilical cord is the mother-to-baby lifeline. The baby receives all the oxygen, nutrients and blood that the baby needs to grow and develop through the umbilical cord. Many of our parents who want to store the umbilical cord blood of their child have questions about when to tighten the cord and how the timing […] 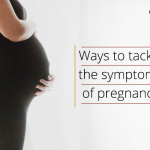 Ways To Tackle The Symptoms Of Pregnancy

Every pregnancy is not the same but every pregnant woman had to face almost the same symptoms. It might be nausea, insomnia or backache that creates trouble while doing daily activities and may create a hindrance on all of your excitement. However, you need not worry as there are some natural and safe that will […] 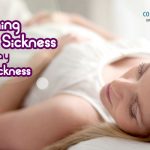 When Morning Sickness Is All Day Sickness

You are all excited to finally find out that you are going to have a baby and can’t wait to break this news to your family. But how did you realize you are pregnant? Apart from the obvious symptoms, morning sickness is one sign that your baby is on its way. Ever wondered what is […]