The use of stem cells is nothing new to today’s regenerative treatment. Physicians and scientists have been making use of these stem cells in treating various diseases and disorders for decades. But there are still some arguments present on the effectiveness of stem cells and the risks associated. Now you must be thinking what risk factors could be there. Well, the major risk is getting the immune system affected after the transplant. But Singapore’s Agency for Science, Technology and Research (A*STAR) scientists have created an antibody to make the stem cell procedures safer than ever.

The research involved human pluripotent stem cells that have the great potential to differentiate in any kind of cell in order to repair the damaged organ tissues. The whole experiment was done in a petri dish. The first ever human embryonic stem cells were differentiated in 1998 and since then the stem cells have been used in different therapies. However, the A*STAR study in 2017 involved treating macular degeneration. The transplant was done on a Japanese man who received a retina transplant involving reprogrammed pluripotent stem cells.

A great risk associated with stem cells is tumors. When stem cells are differentiated into other cell types, they go through an imperfect procedure. As a result, these cells can form harmful by-products, such as tumors. This mainly occurs due to the stem cells that cannot differentiate. Andre Choo, the representative from the A*STAR Bioprocessing Technology Institute, explained, “If stem cells become a cell therapy product there will be the question of safety.”[1] The team at the A*STAR is working on the study to create antibodies that would work on stem cells transplant successfully. With the help of the antibodies, the process will make sure to remove all the stem cells that are unable to differentiate.

Before the 2017 experiment, the scientists at the A*STAR tried to create antibodies as well. The process involved a whole-cell immunization method to develop different antibodies by injecting various embryonic stem cells. The whole experiment was done on a mice model. After injecting, the scientists isolated the antibodies in order to test their potential to detect and destroy the pluripotent stem cells. They have found one antibody, called A1 that killed the pluripotent stem cells without harming any other cells.

The finding led the team focus on what made the antibody destroy the pluripotent stem cells within minutes. They discovered that the antibody triggers only the cells that have sugar molecules on the surface. The embryonic stem cells contain sugar molecules on the surface. Choo said, “That was quite exciting because it now gives us a view of the mechanism that is responsible for the cell-killing effect.”[2] Once the team understood the mechanism within the stem cells and how the antibody would work in them, it had become easier for the scientists to combine antibody in different stem cell transplants, just to reduce the risks associated with it.

Choo said, “We hope that in the near future regenerative medicine will have a place in the clinic.”[3] 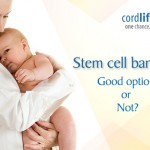 Many parents today choose to bank their child’s stem cells immediately after delivery. This decision might help save your child’s life in the future. Today, with people being increasingly afflicted by blood and immune system disorders, it is time to take a serious look at stem cell banking and how stem cells may change outcomes […] 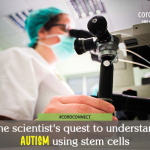 Meet Alysson Muotri, an autism researcher and a professor at UC San Diego. His research mostly revolves around autism and how stem cell therapy impacts the brain development. His study is based on pluripotent stem cells (iPSCs), collected from people with autism. The researchers in his team are using the stem cells to model the […] 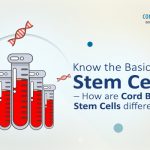 Know the Basics of Stem Cells – How are Cord Blood Stem Cells Different?

Over the years, stem cell transplantation has been considered promising in treating problems related to several life-threatening diseases and disorders. Diseases like cancer, Parkinson’s and other blood and genetic disorders and immunological deficiencies have seen some hope since the advent of stem cell therapy. But, do you know what exactly are these stem cells and […]