If a few extra minutes are given to clamp the cord at birth, it might help in the neurological development of the child later in his or her life. In fact, such children would have higher social and motor skills than other children

Babies Are At Lower Risk Of Anaemia

Clamping the cord after 2 minutes would help prevent iron deficiency in the baby, before six months.

Brain Development Of The Baby

Delayed cord clamping results in higher levels of ferritin in blood and myelin in the brain. Myelin insulates nerves and helps them communicate efficiently.

As the cord continues to pulse, it allows the umbilical cord blood that is stored in the placenta and the cord to flow to the baby. Cutting the umbilical cord, after 2 or 3 mins, would result in adequate iron stores. This volume would be needed for the proper functioning of the foetal lungs, kidneys and liver, after birth.

The Cord Acts As A Source Of Oxygen

While the umbilical cord is attached to the baby, he or she still receives oxygen. This is important for babies who need help breathing.

And these stem cells play an important role in developing the immune, respiratory, central nervous system of the baby. It also repairs the brain damage suffered by the baby at the time of birth.

How Long Does It Take To Cut The Cord?

Delayed cord clamping has gained a lot of attention, but the recommendations on the optimal timing of umbilical cord clamping is still being debated. However, The World Health Organization currently recommends the exact timing of clamping the umbilical cord is approximately between one and three minutes after birth, to reduce post-partum haemorrhage and placental expulsion.

Taking the benefits into consideration, delayed cord-clamping in case of full-term or twin babies is equally important, as it contributes to higher percentage of red blood cells as well as better iron supply to the new-born. But, in case of pre-matured babies, it is more important as the pre-matured babies are at high-risk instances of intraventricular haemorrhage and late-onset sepsis. Immediate cord-clamping, on the other hand, is deemed to be a necessity if the mother is heavily bleeding after giving birth.

How To Cut The Cord?

However, once the baby is delivered, either vaginally or via C-section, the doctor checks the pulsating rhythm of the cord. Then the cord is disinfected and the vein is punctured to clamp and cut it a few inches apart, by placing a gauze under the section and using sterile scissors.This cutting of the umbilical cord after delivery, is absolutely harmless and painless.

How Is The Cord Blood Collected?

And,this is when the caregiver, inserts a needle into the cord and collects the blood left behind in the cord and the placenta in a sterile collection bag, which will then be sent to labs for quality testing, processing and stem cell preservation.

Why Is The Cord Blood Collected?

The cord blood is after all packed with enormous haematopoietic (blood-forming) stem cells, which has the capacity to differentiate itself into different blood cells, showing its potential in treating over 80 life-threatening diseases.

Knowing about this self-renewing capacity of these stem cells has made umbilical cord blood banking an important decision for expectant parents. 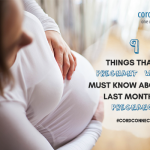 Pregnancy is an amazing feeling for a woman. This phase starts from the fertilization of a sperm and an ovum throughout the process of development of the baby. Most of the women narrates that feeling of becoming pregnant is very extraordinary. They seem to have higher levels of energy; their hair seems shining and their […] 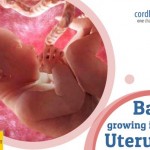 How Your Baby Grows Inside Your Uterus

Your baby undertakes a fascinating journey from zygote to foetus to an infant. Even though you may not realise it, your baby starts developing from the first day of pregnancy. You will realise you are pregnant only after a month has elapsed. In the meantime, however, your baby has already begun its journey. From the […] 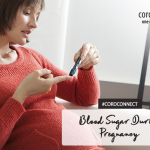 Blood sugar is a relatively serious condition wherein your body is unable to regulate the required sugar levels in your blood as it does not possess the essential amounts of insulin. More or less a common disease that grasps pregnant women, diabetes or more specifically gestational diabetes represents almost 3.3% of all live births. Regardless […]