By now you must have thoroughly geared up for these key things – labor and delivery, sleepless nights and on-demand feeds. But have you been prepped for your baby’s explosive poop or weird groaning noises? Thinking of calling your pediatrician? Don’t. Because these weird baby things are totally normal.

Here are some of the weird but normal baby things that you may come across in the first few months of parenthood.

You may be easily grossed out with cradle caps but there’s really no way around it. Apparently, they are quite a common occurrence in babies. No one really knows for sure why. However, the good news is that any dryness or flakiness typically vanishes within the baby’s first few months. Alanna Levine, MD, a parenting expert and pediatrician at Orangetown Paediatric Associates in New York suggests, “Try rubbing baby oil on the patches two or three times a week. Make it a routine before baby’s bath and scraping the caps off with a fine-toothed comb.”

Official initiation into parenthood is incomplete if you’ve not had to wipe clean the diaper blow-up containing baby poop off those newly painted nursery walls. Levine breaks it down: “Newborn poop is mostly liquid with some mustard-seed texture mixed in,” she says. “As a result, it doesn’t take much power to propel it across a room. As long as it has color, ranging from brown to green to yellow and some seedy particles in it, baby’s poop should be good to go. But if you spot any signs of blood, it’s time to get the pediatrician on the phone.”

The hormones that upset your entire routine during pregnancy have gotten in your baby too. Sadly, a noticeable side effect is ‘baby boobage’ due to your baby’s exposure to the hormones which triggers the development of the breast tissue. Unless you observe any redness around the baby’s breast, the hormones will wear off in due course of time.

If cooing and some occasional crying are what you’ve been expecting from your baby, then you are in for a shock. Babies make a variety of noises like grunting, groaning, snorting. According to Levine, “All those strange noises are caused by baby’s nasal passages being pretty narrow in the newborn stage, leading the mucus that gets trapped in there to create some added sound effects. So if you’ve been hearing a symphony of sounds lately, you may just need to spend more time clearing out baby’s nose with a nasal aspirator.”

Your baby’s immune system is still in its developmental stage. Hence, new to this world your baby may be extra sensitive to certain things around him or her. So if you see that your baby is sneezing up a storm but is not really sick, then he or she is possibly attempting to get rid of some tiny alien bits that may have made their way into his or her nasal passage. Amongst other conventional reasons for sneezing could be to get rid of additional mucus or even amniotic fluid from the respiratory airways.

If you’d asked me on the day I gave birth to my daughter, it wasn’t the beautiful face that I saw in front of me. Instead, she was a six-pound bundle of medical emergencies. Luckily, all of my perceived emergencies turned out to be just normal baby stuff…albeit some slightly bordering on the weird… but I can live with that. 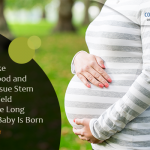 More and more parents are now considering cord blood banking for the simple reason that it has the potential to treat many diseases and conditions even after decades of birth. And not only the child, one cord blood unit can secure entire family’s future and how! We all know that the umbilical cord ties a […]

Should You Say “Yes” or “No” to Coffee During Pregnancy?

Yes! We all know motherhood demands a lot of sacrifices and readjustments of likes and dislikes. And giving up on her favourite coffee may be just one of them. However, we have some good news for all the would-be mom’s coffee fanatics. They can continue their love-affair with coffee during their pregnancy. But needless to […] 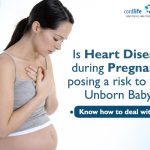 Is Heart Disease During Pregnancy Posing a Risk To Your Unborn Baby? Know How to Deal With It

Women of childbearing age suffer from an increased risk of cardiovascular diseases (CVD) during pregnancy. In fact, up to 4% of pregnancies have cardiovascular complications, giving rise to several changes in the maternal circulation, which may not positively affect the heath of the mother and the unborn baby. But, it’s Important to Know How Pregnancy […]