Miracles happen. How many times have we heard this? But have you actually ever seen a miracle happen. This is the story of one man’s fight against blindness which eventually gave hope to millions of people.

It was on a family road trip to New Hampshire when the 54-year-old Doug Oliver was first made aware of how advanced his macular degeneration had become when he failed to see two pedestrians in a crosswalk and almost ran them down. The incident resulted in Doug receiving a $500 fine from a police officer who had witnessed the near accident and was also made to give up his driver’s license.

Doug had been previously diagnosed almost 20 years ago, with macular degeneration. However, back then his doctors had predicted that his vision would last until the age of 60. But following the accident, when his eyesight was reviewed, it revealed that he was almost blind. The tests showed he had 20/2000 vision in the left eye and 20/400 in the right. This new found disability severely affected his career as an IT specialist and social policy consultant. He had no choice but to depend on his monthly disability check to make ends meet.

His doctor advised Doug that the only way to find a cure for his ailment was to participate in clinical trials. After vociferously searching for such trials, Doug was finally able to reach out to a surgeon, Dr. Jeffrey Weiss who was conducting an experiment on treating macular degeneration through stem cell banking. After flying out to Florida, Doug met with the doctors who were participating in the study. They extracted a bone marrow sample from his hip bone and with the help of an FDA-approved centrifuge, isolated the stem cells which were then injected into his eyes. Within 48 hours his vision improved. The vision in the left eye was 20/40 and in the right eye was 20/30.

Following the success of the treatment, Doug said, “I could see the boats and the little wake lines that you see from 30,000 feet. I acted like a 6-year-old and loved it”.

In order to garner government funding for such procedures, Senate Health Committee Chairman Lamar Alexander invited Doug to Washington in June 2016. Doug was asked to speak to Mr. Alexander’s colleagues regarding his success story, in the hope that it would convince them to support the passing of the 21st Century Cures Act which legislates the funding of high risk, high reward clinical trials. He believes that the passing of this Act can revolutionize the healthcare industry.

So as the story goes… miracles do happen, or at least in Doug Oliver’s case, a modern ‘medical miracle’ did happen. 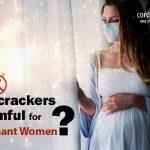 Are Firecrackers Harmful for Pregnant Women?

Diwali is here, and it brings with it the sweet aromas of mithais, the sight of fresh flowers adorning doorways, and the loud noise of firecrackers. Although times have changed traditions continue with, of course, a modern twist. Sugar-free mithais are in demand, colourful fairy lights are replacing flower decorations, and green firecrackers are gaining […]

Did you know that autologous stem cell transplant is being increasingly used with high-dose chemotherapy to treat lymphoma? The University Health Network, a clinical healthcare and medical research organization based in Toronto, has an in-patient guide[1] which can take you through the entire process of having the transplant.  Autologous stem cell therapy is one of […]