Stem cells derived from embryonic cells, adult cells and umbilical cord blood have the properties of self-renewal and potency, making them a huge key to bio-medical advancement. In the past decade, many countries from Europe, Asia and America have collaborated to expand the scope of stem cell research, leading to rapid advances in medical applications.

In many countries, the government still doesn’t allow clinical trials in certain areas of bio-medicine, limiting the scope of research. The policy largely differs from country to country, and in some places the policies are still being developed to support all types of stem cell research.

Research around the World

Here’s a look at the current scenario of cord blood research across the world:

Stem cell research using adult cells, embryonic cells and especially umbilical cord blood, has given hope around the world for people suffering from heart diseases, diabetes, Parkinson’s disease, cancer, spinal cord injuries, and retinal diseases. It would definitely take a couple of years to establish them as safe treatments, but there is hope none the less. 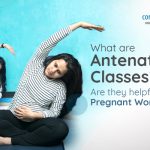 What Are Antenatal Classes? Are They Helpful For Pregnant Women?

From the time of conceiving to the time of delivery, you might have to face many bitter-sweet challenges, during your pregnancy. You might also have fears and doubts, based on which, you might you ask many questions like, “Will the spinal epidural be painful?” or “How shall I pick up my baby?”   So, apart […] 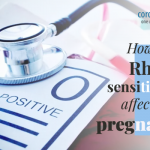 Whenever a woman gets pregnant the most important test, she had to go through is the Rh factor test. Rhesus (Rh) factor is a protein inherited from the parents and is found on the surface of the red blood cells. If the blood of a person contains the protein then the person is Rh positive […] 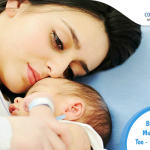 Breastfeeding Mums Get Sick Too – What to Do?

When Nina and Manav found out that they were about to be parents, it was the happiest day of their lives. However, even through her happiness, Nina was somewhat apprehensive. Having lost her mother at a fairly young age and with her mother-in-law living hundreds of miles away with failing health, Nina had no maternal […]