The connection between a fatal car accident with a driver’s lack of sleep is reasonably simple to comprehend. However, have you ever thought that there may possibly be a connection between inadequate sleep and breast cancer? 101 women who were recently diagnosed with breast cancer participated in a study in 2012 that was trying to establish that a lack of sleep in such women patients triggered more aggressive tumors.

A research team from the Michigan State University (USA) published a report in Genes and Cancer that tried to portray the relationship between melatonin, a hormone involved in sleep-wake cycles with breast cancer stem cells along with trying to determine the promise of melatonin as cancer curative.

In order to pursue their research under clinical environment, the scientists created breast cancer cells known as mammospheres. This three-dimensional cell mix was produced bearing a resemblance to a configuration that may be found in an actual tumor in the body that was perceived to be the trigger behind the uninhibited tumor progression and relapse. David Arnosti, a Michigan State University professor and co-author on the study, best explains the significance of using the mammosphere method by saying, “You can watch bears in the zoo, but you only understand bear behavior by seeing them in the wild. Similarly, understanding the expression of genes in their natural environment reveals how they interact in disease settings. That’s what is so special about this work.”

The research utilized cancer cells that were classified as estrogen receptor (ER) –positive. The first stage of the trial examined the influence of melatonin on estrogen’s capability to upsurge the progression and magnitude of the mammospheres. The second stage, the team decided to dig a little deeper and studied melatonin’s effect from a genes and proteins standpoint. Transitioning through the cell wall, estrogen which is a steroid hormone unites the receptor inside the cell that travels to the cell’s nucleus to that particular area of the DNA that can stimulate the genes. A protein known as OCT4 is produced by one of these activated genes. This plays a key function in a stem cell’s capacity to indeterminately make reproductions of itself and to sustain its unspecialized, stem cell state. The expansion of the ER-positive breast cancer cells are hence driven via the estrogen-initiated cellular route. When melatonin was added to the cells, the investigation brought forward that estrogen- and BPA- enthused combination of the estrogen receptor to the OCT4 gene in the mammospheres was repressed.

Collating these reflections, the research team put forward that by using the mammosphere technique, the growth in the breast cancer tumor could be suppressed by inhibiting genes responsible for driving the stem cell-like properties of the breast cancer stem cells. Melatonin, a key factor in the entire process is produced by the brain’s pineal gland which is only active at night which on release can induce sleep. If however, the patient is suffering from sleep disorders like insomnia, the possibility of melatonin levels as an effective method to block the estrogen-driven cancer growth is significantly lessened.

James Trosko, whose MSU lab perfected the mammosphere technique, sees these breast cancer results in a larger perspective. He says, “This work establishes the principal by which cancer stem cell growth may be regulated by natural hormones, and provides an important new technique to screen chemicals for cancer-promoting effects, as well as identify potential new drugs for use in the clinic.” 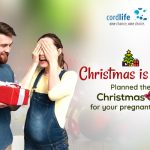 Christmas Is Here! Planned The Christmas Gift For Your Pregnant Wife?

Christmas is that time of the year when you and the ones you love are close to each other, spreading happiness, love and magic in the air. However, this Christmas is very special for you. Amidst all your loved ones, this Christmas, you have your wife who’s expecting your baby. She has already surprised you […] 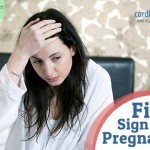 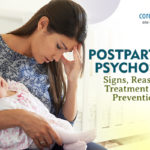 When you give birth to a baby, undoubtedly your world is filled with extreme happiness and joy. But this joyous feeling is not the same for all. Apart from your after-delivery bodily discomforts, you might find your mood and emotions to be in a swing. You will have all the signs of depression for more […]