People suffering from week bones could recover with the help of stem cells, derived from pregnant women, according to a new study. The research has shown us the stem cells harvested from the amniotic fluid of the pregnant women is the answer to osteoporosis, even though it was conducted on a mice model. The researchers had come to this conclusion after observing 78% lower bone fractures among animals, who were suffering from fragile bone structures.

This finding has truly evoked hope for the children, who are going through various rare bone conditions since birth as well as adults, who are suffering from osteoporosis. Not only that! This finding may also prove beneficial for the astronauts, who lost bone mass in orbit. Pascale Guillot, the lead of the study, conducted by the University College London, said, “The stem cells we’ve used are excellent at protecting bones. The bones become much stronger and the way the bone is organised internally is of much higher quality.”

Previous studies have proved that mesenchymal stem cells (MSCs) collected at an early stage are more effective than that collected at a later stage. It has several other advantages as well. Early taken MSCs have the ability to expand into greater numbers when required in clinical therapies. They don’t form tumors. They make sure not to attack the immune system of the receiver. They are small thus can move easily. And last but not the least, these cells are easier to reprogram, so they can grow into different types of cells.

The researchers’ team at the University College London experimented with MSCs that were collected from the amniotic fluid of pregnant women. They injected the MSCs into mice with fragile bone conditions. Another interesting finding of the study was the way the team completed the research. Anyone might think that the stem cells, injected into the mice, must have done the healing effects as well as helped to create new bones primarily. But this is a wrong notion. The study shows that the stem cells released growth factors which stimulated the bone cells to build stronger bones in the mice model.

The team is hoping to go about with the human trials within the next two years. If the technique proves effective for humans as well, it could help kids, affected in the womb and during birth. This process will truly help them build healthy bones. And what makes it all the more interesting is, the stem cells used in this research can be transplanted from one patient to another without MSCs matching between the donor and the receiver. 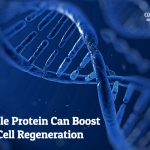 Would you believe if we told you that stem cell regeneration can be boosted with a single protein? Wondering about the implications? It means you can recover from injuries faster. CIRM-funded scientists from the UCLA Broad Stem Cell Research Center confirmed that hematopoietic stem cells (HSCs), which are responsible for generating cells in the blood […] 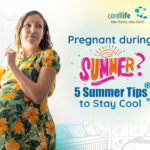 The moment you find your test results to be positive, you start wondering about a wonderful pregnancy journey. In fact, starting from taking the right kind of diet to doing regular exercise you do everything to keep yourself healthy during your pregnancy. Having said that, what if you’re pregnant during summer or your date of […] 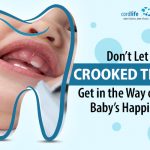 Your little one’s toothy smile can make your days brighter. However, if you notice the milk teeth coming in crooked, it can be a cause for worry, even if you know that these are only temporary teeth and your baby will soon shed them for a set of permanent pearly whites. There is a possibility […]